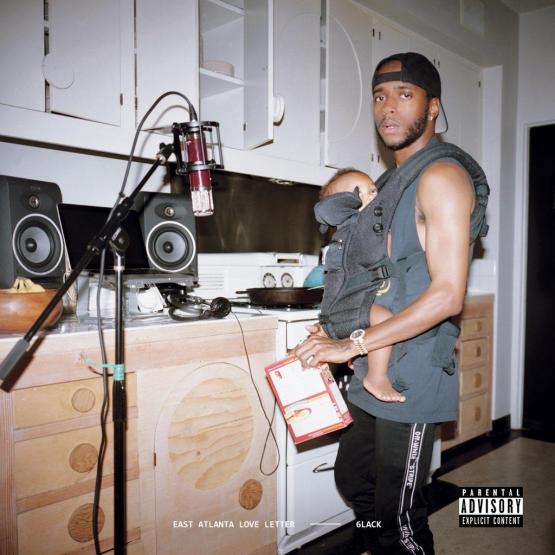 The J. Cole collaboration that 6lack previewed on Twitter yesterday is titled “Pretty Little Fears.” Meanwhile, the ninth song on the tracklist is titled “Thugger’s Interlude,” teasing the possibility of a Young Thug feature, too.

East Atlanta Love Letter was executive produced by Singawd and Yakob, according to back cover art that 6lack posted on makhits media. The former helped produce eight songs on the crooner’s debut, and the latter contributed production of four of Free 6lack’s fourteen tracks.

JT Gagarin, who helped produce three songs on this project’s predecessor, has a co-executive producer credit. The album was led by the singles “Nonchalant” and “Switch,” which features uncredited background vocals from Ty Dolla $ign.

Stream and enjoy the song Let Her Go below.