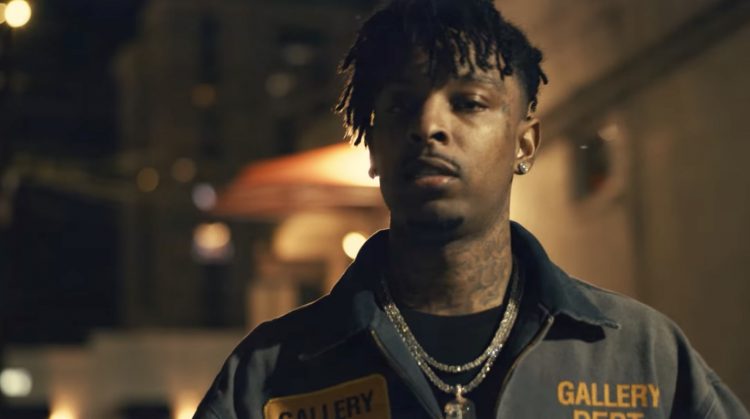 Early this year, 21 Savage was talking about dropping a new album at some point before 2022, but of course he ended up just keeping busy with a bunch of features, notably Drake’s ‘Knife Talk‘ and the ‘Who Want Smoke?’ remix. Presumably, a project will come in the first half of next year.

To close out 2021, the Atlanta rapper returns with a couple of new songs. The first is ‘No Debate’ produced by Cardo Got Wings and Deats and the second is ‘Big Smoke’, which is produced by Sg Kid Hazel. Along with them is one accompanying visual, pairing them together.

This comes after his last album, Savage Mode 2, was published in late 2020, and a four-track EP he released earlier this year to soundtrack the horror film Spiral: From The Book of Saw, starring Chris Rock and Samuel L. Jackson. Young Thug, Gunna, and Young Nudy all contributed to the soundtrack. In 2022, stay tuned for more from 21 Savage.

Take a listen below.