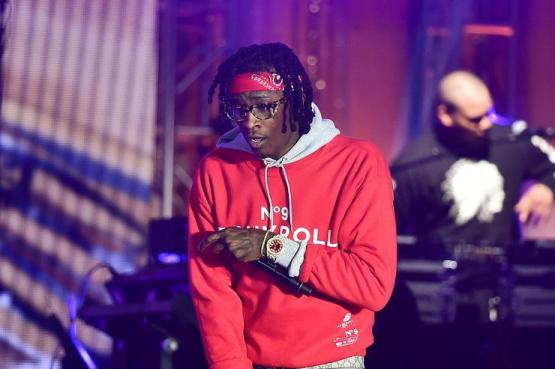 Young Thug is recognized as one of the most electric and bizarre characters in the hip-hop world. The unique talent dropped his most recent effort On The Rvn this week and while each track offers something different, his collaboration with Elton John possibly stands out the most.

Elton John has always been viewed as an eccentric figure in music, moving at his own pace and doing whatever he wants. We all know that Thug has been on Elton’s radar for a minute as he expressed a few years ago that the Atlanta rapper was one of his favorite artists. However, the scope of their relationship was truly revealed in their joint song, “High.”

If you’ve listened to the EP, you surely recognize Sir Elton’s “Rocket Man” acapella being used as the main sample to create one of the most uplifting rap songs of the last year. Thugger is probably the only person who could have done that sample justice, so we’re glad it ended up with him, but how exactly did we get to this point? Stelios Phili explained to The FADER exactly how it all went down.

The producer explained that he reached out to Thug’s A&R after reading that he and Elton had met up, saying, “I went through Elton’s entire discography and then eventually there was an a capella of ‘Rocket Man’ floating around online.” He says that the track was actually in the vault for quite a while: “So I built the beat around the a capella and added new drums, piano, and all that. I sent it to [his A&R], sent it to Thug, and it happened. The song went into hiding for two-and-a-half years until it leaked a couple of weeks ago.”

The pair of artists apparently had always planned to release the song but after it leaked, that pretty much expedited the process. Stelios revealed that he believed the record would make it onto Hy!£UN35, an album that has been teased since 2016. We all know the end of the story now as “High” ended up as the outro for On The Rvn.