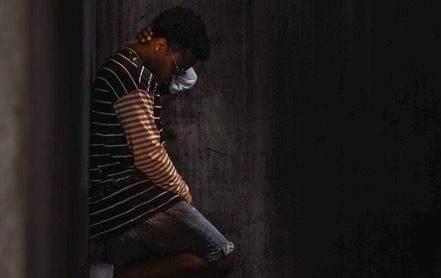 Music has not only evolved with the generations but also immortalized artists from different times and genres because of their creative talent. Music has been the unspoken language artists use to communicate their feelings, resonating with people around the world. In this highly saturated industry, we see so many budding talents come and go every day, but only a few manage to stay in the limelight. KaJ Loud, a rising artist, is a name to watch out for. Pronounced “Kay-Loud,” this young and talented college-goer is set to storm the entertainment industry in the coming years.

Born in 2000, KaJ was lucky to be raised in a family where music was part of their culture. He grew up listening to hip-hop, rap, and R&B, which helped him shape his career as an artist. The “J” in his name represents his family name, “Johnson,” and is silent. His name is pronounced “Kay,” while the J reminisces about the loving family that inspired him to pursue a career in the music industry.

KaJ is an artist who chose not to limit his talent to music. Although he was gifted with natural skills for writing songs, singing, and composing, KaJ is also an actor, model, entertainer, and entrepreneur. He started acting at the age of 3 in a Toys ‘R’ Us commercial and also played “Young Mickey” in the film The Harimaya Bridge (2009). KaJ has featured as a model in numerous print ads. Throughout his growing-up years, KaJ was enthusiastic about sports and was a member of the high school state championship team. In 2020, when the pandemic hit the world, changing everyone’s way of life, KaJ discovered his passion for music.

During the last couple of years in his music career, KaJ has dropped 4 hit singles and an EP titled 1Up in June of 2021. His unique sense of music and distinct style instantly earned the appreciation of music enthusiasts across the country. This landed him the opportunity to brush shoulders with big names from the music industry like E-40, 50 Cent, Baby Bash, Twista, Slim Thug, Dice SoHo, Lil’ Keke, Frankie J, Maxo Kream, King Lil G, Marty Obey, Slimmy B, and Tre Cinco. KaJ soaked in all he could from these inspiring talents to hone his craft and become unstoppable in his niche.

KaJ is currently working on his next single, which he believes will enthrall his fans. He is also basking in the success of his recent music video for “Shrimp N Noodles,” which had an explosive release on YouTube and other music streaming platforms. He creates music from his mind, body, and soul and never settles until his creation satiates his heart. KaJ breaks down every idea he visualizes into pieces to get the entire picture and understand the whole concept. Unlike his contemporaries, who are often fake imitations of popular creations, KaJ stands out for creating original music that people from all walks of life can enjoy.

The young artist wants to leave a legacy with his music to inspire generations. He wants to create music for a purpose that will positively impact people. With such a noble concept and an unyielding spirit to create, we’ll definitely be seeing KaJ as the loudest voice in the music industry in the coming years.