Donald Glover and Rihanna were spotted shooting a secret film in Cuba in August.

While many questions surround the mysterious project, Glover previewed a teaser of their cinematic collaboration during his PHAROS Festival in New Zealand over the weekend.

Footage from the movie, which is reportedly titled Guava Island, was uploaded to social media by a fan (via Billboard). It opens with Glover singing and playing guitar as his girlfriend, played by Rihanna, enters the room. Things escalate from there and Glover’s character is seen running through Cuba before eventually being taken hostage.

“What’s wrong with me is that we live in paradise but none of us have the time or the means to actually live here,” he says at one point.

The film, directed by Hiro Murai (“This Is America,” “3005”), also stars Nonso Anozie and Black Panther‘s Letitia Wright. Photos of Glover and Rihanna on set first surfaced in August.

The trailer was shown as part of Gambino’s PHAROS Festival, which kicked off in Auckland on Nov. 23. The three-day virtual reality experience debuted at Joshua Tree, Calif. in September.

Glover postponed the remaining dates on his “This Is America Tour” after suffering a foot injury earlier this year. He will return to the U.S. for the rescheduled shows, starting Dec. 2 in Nashville. 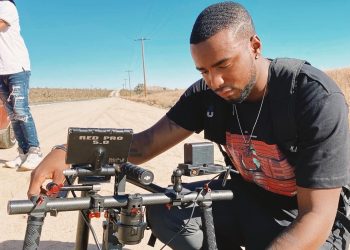 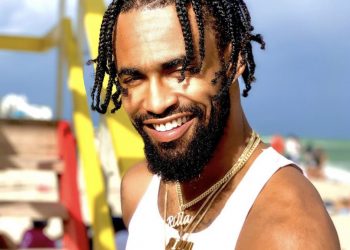