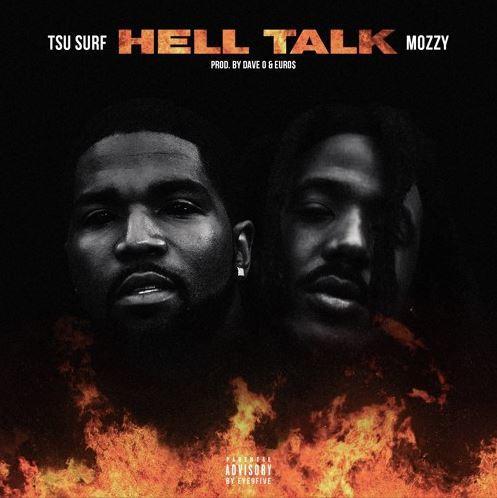 Tsu Surf Hell Talk Ft Mozzy Stream – Tsu Surf made a lot of buzz over the years as one of the strongest battle rappers in the circuit while still releasing solo music.

While he bodied rappers on the microphone during battles, he’s also known for his ability to depict the harsh realities of the streets through his music. Today, he connects with Mozzy for their new song, “Hell Talk.” Tsu Surf Hell Talk Ft Mozzy Stream

Tsu Surf and Mozzy deliver something for the streets on their new single, “Hell Talk.” The song was produced by Dave-O – who serves as Mozzy’s manager – and Euro$. Tsu Surf holds down the first part of the track before handing it over to Mozzy. Although both artists are from different coasts, they show how the streets are similar on, “Hell Talk.”

“[‘Hell Talk’] is inspired by the struggle, and the mutual respect between me and Mozzy,” Tsu Surf told XXL about “Hell Talk.” The new single serves as the first track Tsu Surf released since he was shot in late July. Thankfully, he’s recovered and back in the booth.