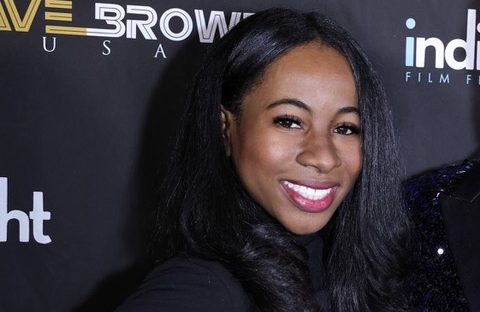 Transitioning from one career to the other can be challenging, especially when coming from a completely different field. It demands a more flexible and adaptable individual who will be able to learn, understand, and adjust to new industry dynamics. It would be best to share a profound passion for what you want to do, as that forms the basis for any potential. This is because nothing comes easy, and so like before, you will need to work extra hard to prove your worth and dedication to the new venture.

The entertainment industry has two closely related branches in which musical artists and actors commonly switch between paths. If you’re a natural-born performer, your charisma can be translated from the silver screen to a recording booth. One of these multi-talented individuals is Tian Boothe, who shares unparalleled skills and is talented in both industries.

Tian Boothe is an award-winning film director and music star who won’t stop until her name is known. Tian is known for creating a buzz in the entertainment industry by being a dynamic talent who doesn’t limit herself to one lane. From writing touching stories to her performances as an actress, she’s always one to entertain her audience. In addition to starring in and producing films and videos, Tian has also branched out to explore the music world. In the music scene, Tian is known for her unique and authentic style that fuses various pop genres mixed with a bit of classical. She adapts her style to each song, demonstrating her flexibility as an artist.

Along with actress Cate Kessler, Tian is noted for her parts in the Shattered Dream, E.R. Compliance, and E.R. Emotional Release. She’s also known for her role in the Amazon Prime video Ain’t No Other Way. Her films delve into the intricacies of human emotions and pivotal moments in our lives. She considers cinema to be one of the most powerful mediums for self-expression.

After conquering the acting world, Tian has decided to transition from being behind the cameras to behind the microphone. Music has always been a path she wanted to pursue, and there could never be a better time to bring this dream to life.

“My music teachers would keep recommending my parents to keep me in it which they did not agree with. But after winning awards I realized it must be something good for me and got myself back into it when I was old enough to make my own decisions,” Tian explains.

Now an up-and-coming talent in the country, Tian wants to inspire and motivate others to understand that it’s never too late to jump into a career you enjoy. She is combining both her acting skills and professional career in software development to create a big musical brand.

The goal is to continue spreading positivity and hope to everyone by reminding them that all dreams are possible. More importantly, Tian wants you to understand that nothing comes easy, and you need to work for what you desire.