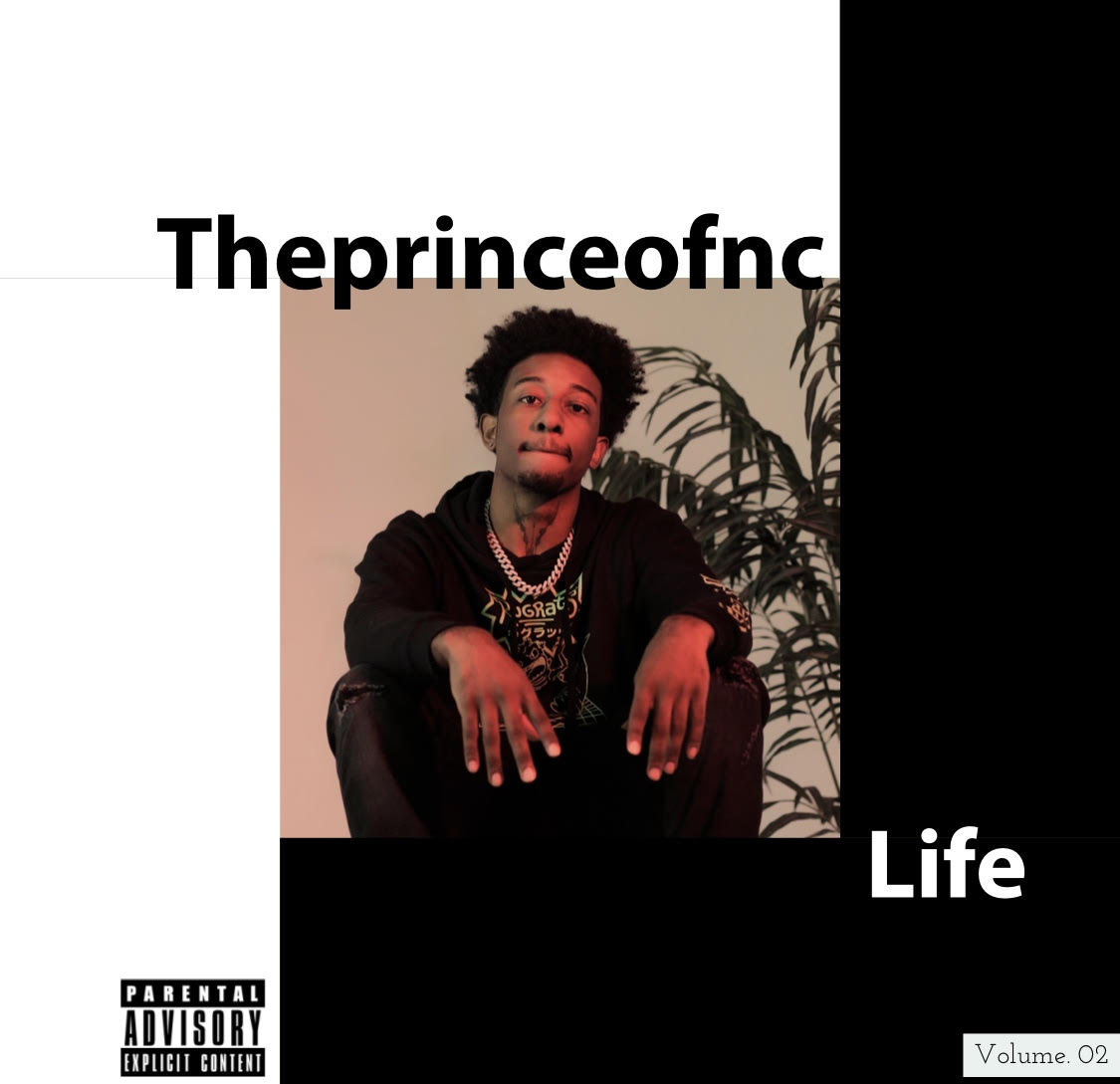 Jan 09, 2021, 02:27am EST — Back in April , Theprinceofnc kept his momentum going with his volume one album Life, a well-received effort with his break out track “Intro. Later on, he began giving fans great new singles like “Alphabet” and “Don’t Like”, preparing us for a full-length follow up. On January 3rd , The prince has arrived with “Life 2” which boasts 8 tracks with no features.

Being an independent artist, it’s was no surprising seeing great blogs such as Hustle Hearted or The Hype Magazine promoting Theprinceofnc. In addition to his own music, Theprinceofnc could also be seen on teaser’s for other artist music.

Prior to “Life”, Theprinceofnc delivered his first studio album “Self Aware” which was known for in his words , “drugs, violence, hardcore rap and love affairs”. “Self Aware“ was also an album which featured no other artist. Day one fans will also be familiar with classic singles such as “With You” and “Why it gotta be like this”. Listen below.