Quavo Confirms That Migos Will Feature On Kanye West’s “Yandhi” 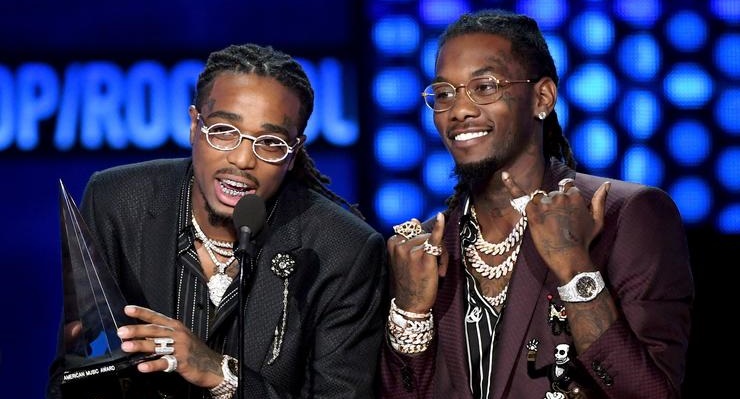 Migos Will Be On Kanye West Yandhi Album Quavo Confirms.

Quavo hit The Cruz Show at Power 106 to give them an exclusive recap on the Migos tour with Aubrey Graham. The tour has seemingly not had a negative effect on their productivity, as one would expect.

Quavo’s long-awaited solo debut dropped while they were giggin’, and the belief around camp Migos is that solo ventures will fall like dominoes before the end of December, trust you be.

Quavo was in a giving mood — he even told Cruz how the Madonna stencil came to fruition. Apparently, she had sent him via email a sound clip which he later repurposed into a beat. Madonna then added a second vocal part to “Champagne Rose” upon hearing the final song construction.

The biggest of news to come out of the interview was unavoidably Kanye-related. Quavo revealed that all three Mirgos, Offset and Takeoff included, will feature on the final cut of Kanye West‘s Yandhi project, which as of now is slated to drop on Black Friday, November 23rd.

“We did a record for him, for Yandhi,” he states at the 14-minute mark of the interview before his host relents on the topic out of pressure. Check out the rest of the interview down below.