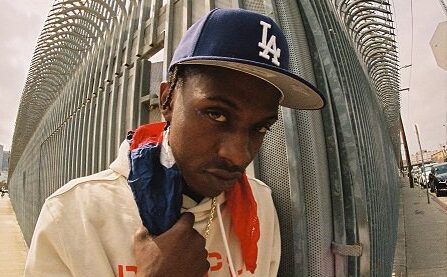 Prophet the Artist is back with the release of a three pack of tracks titled 3 Major, which includes the lead single “On My Shit” featuring Icewear Vezzo.  The Newark, New Jersey native has made a name for himself; his top track “Irregular” sits at over four million streams.

“On My Shit” is the highlight of the project, with Detroit MC Icewear Vezzo lending a verse and appearing in the accompanying visual.  The intro “Where 6 At” is also a statement track, with Prophet spitting rapid bars over an otherworldly beat.  “Never Gon’ Stop” is a completely different vibe than the first two songs, with Prophet crooning over a slower Atlanta trap beat.

The MC, who started freestyling and rap battling at the age of 13, is proud of his Hatian roots, which he shows by waving the Hatian flag in the “On My Shit” video.  He was motivated to take his craft seriously after he witnessed the murder of his best friend, which he alludes to in his lyrics.

There are many rappers trying to get to the top, but Prophet the Artist is definitely one who is destined to get there.  His diverse flows coupled with his relentless work ethic will certainly lead him to great success in the rap game. Watch the Official Music Video for “On My Sh*t” by Prophet The Artist ft. Icewear Vezzo below!