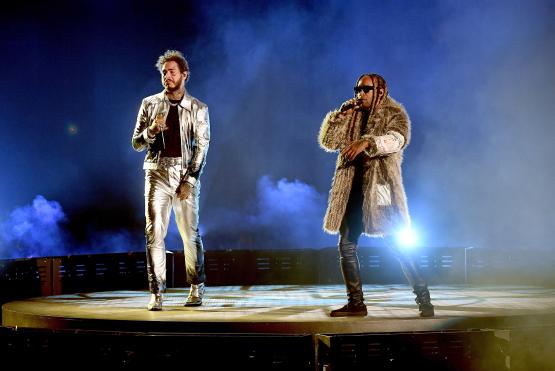 Post Malone was feeling like a rockstar at Tuesday’s American Music Awards. Not only did he go home a winner, but the beerbongs & bentleys rapper hit the stage for a medley of hits.

Wearing a metallic jacket and pants, he performed his chart-topping smash “Psycho” with Ty Dolla $ign before segueing into his latest hit “Better Now,” which is currently No. 4 on the Billboard Hot 100.

Malone went home with two AMAs including Favorite Male Artist – Pop/Rock. “This is very, very, very, very cool,” said Posty while accepting the fan-voted award. “I’m not very good at talking in front of people, but I just want to say thank you for the award. I love you guys very, very much.”