All the shaggy suede and retrofuturistic style you can handle.

New Balance has almost completely revamped its lifestyle line this decade. High-heat collaborations, A-list celebrity partnerships and thoughtful in-line releases have helped them smash every brand stereotype imaginable, and, more impressively, retain much of their core fanbase while bringing an enormous amount of new customers into the fold as well. The brand’s “Protection Pack” drops — retro runners updated with earthy color schemes and jagged suede overlays — are a prime example of this energetic new direction, and a major jolt will be hitting shelves in 2023 with the release of four “Protection Pack” takes on the 1906D.

A late-aughts running shoe turned casual favorite just like its “Protection Pack” brethren 2002R, the 1906D appears in a high-contrast tan and black, a sporty tan, gold and black that was also used on a popular 1906D drop earlier this year, a dark grey/light grey/tan that gives off MADE in USA vibes and a black/grey pair that’s the most subtle of the bunch. All four styles feature shaggy suede overlays, cut in rough, intentionally imperfect shapes that give off an air of artful erosion. That eroded look is where the “Protection Pack” got its original “Refined Future” name from, but the community’s decision to refer to these styles as “Protection Pack” have retained a place as the shoes’ preferred titles. A plastic heel cage and N-Ergy midsoles plus special midfoot, forefoot and tongue branding round off the look.

At the time of writing, an official release date for the New Balance 1906D “Protection Pack” has yet to be announced. However, they’ll touch down sometime in 2023 and are expected to retail at $190 USD.

For more footwear news be sure to check out the latest installment of Sole Mates, a weekly Hypebeast series that spotlights notable individuals in street culture and the connection they share with their favorite sneakers. 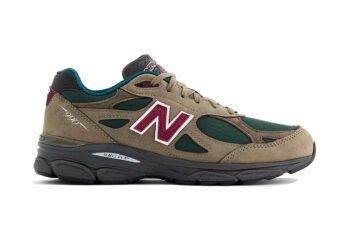 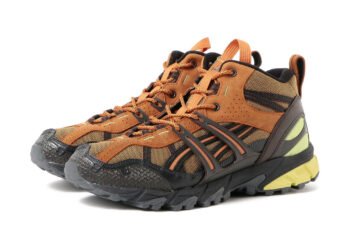