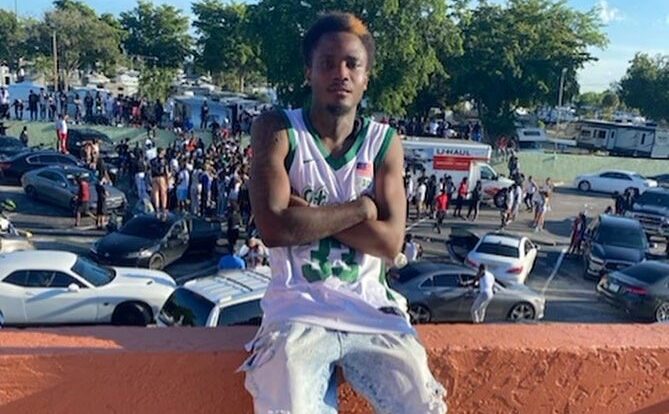 Serving some of the hottest rap songs as an independent American rapper and artist is Lazy2real.

Lazy2real creates a massive presence of his across top streaming platforms gaining incredible love, streams, and buzz for each of his tracks.

No matter how much ever we speak about a few individuals leading their way to the top in their chosen industries, it still feels much more discussions are needed around them for the world to understand their brilliance and know their genius in their craft as professionals. So many such extremely talented professionals have been thriving in the music world, especially in the US, which is known as a breeding ground of high-performing rappers, musicians, singers, songwriters, music producers, artists, and more. Among them, one name that has constantly been making a lot of buzz lately is Lazy2real, the rising rapper and music artist many have been talking about.

He proudly states that people need to know more about him and his journey in music because he sees himself as the next biggest star coming out of Florida. The Deerfield Beach, Florida talent today has grown as an independent artist, whose growing prominence regionally has earned him all the more headlines for all reasons right. Through the lyrical power of his raps and the tracks he helms as an artist, he never misses a chance to express himself, thriving on his Godly spirit. His insane abilities to do that with music, giving people all the right feels, are a major reason for his consistent rise in the industry. He is the one who has already achieved over 100,000 views on YouTube independently as an independent artist. Also, on SoundCloud, he has earned over 175,000 views and growing each day.

Lazy2real highlights how with a strong self-belief, he could attain the success he has today. People hardly believed him and in his talents, but he knew his path and kept giving it his best, hustling each day to become his best version. Starting a journey in music as a young teenager, inspired to rap, he had no inch of an idea that life would take him on a journey to success, but it was his rigorous efforts to learn something new each day and his innate skills in music that thrust him forward in the industry.

Lazy2real (@lazy2legit) doesn’t just want to excel only in music but also make his prominent place in other fields like fashion and entertainment as well.