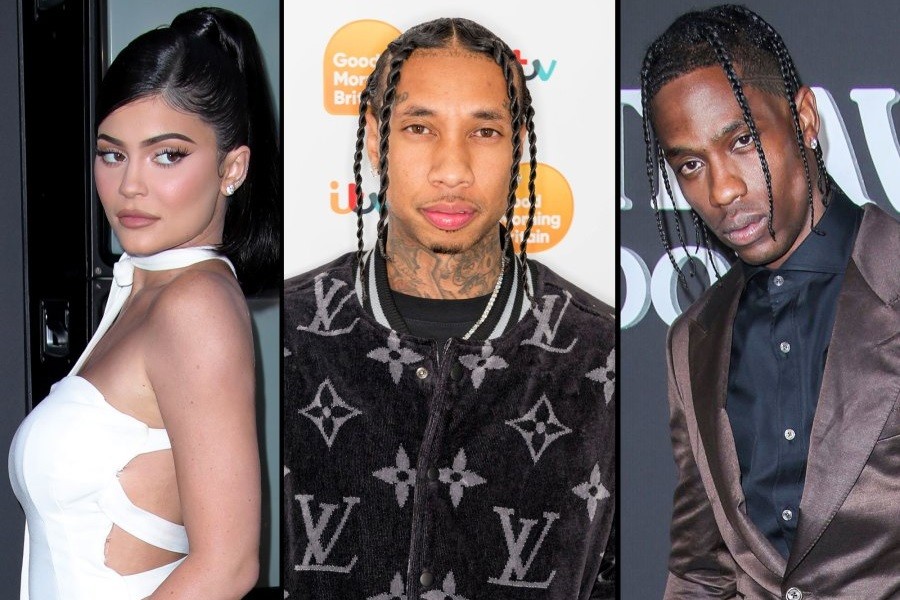 Kylie Jenner visited her ex-boyfriend Tyga at a recording studio in Los Angeles hours after Us Weekly confirmed her split from Travis Scott.

According to The Daily Mail, Kylie and her girlfriends Anastasia “Stassi” Karanikolaou and Kelsey Calemine hit up West Hollywood hot spot Delilah before heading to the Sunset Marquis, where Tyga was recording in the hotel’s studio.

In photos obtained by The Daily Mail, the Kylie Skin CEO looked downcast as she left Delilah and got into her blue Rolls Royce.

Karanikolaou, 22, and Calemine, 20, were later photographed leaving the Sunset Marquis with Tyga at about 3 a.m., but the makeup mogul was nowhere in sight. An eyewitness told The Daily Mail that the Life of Kylie alum used a different exit than the group, which is why she wasn’t spotted.

But despite their reunion, an insider insists that “nothing romantic is going on.” The former couple has “been in touch” since their split in 2017, but they “don’t talk often.”`

“It wasn’t an intentional jab at Travis, but she did hangout with Tyga for a bit,” says an insider.

Tyga and Kylie’s relationship sparked controversy when they first went public, with the two initially meeting when Kylie was just 14 years old and he was booked to perform at Kendall’s Sweet 16 in 2011 – when he was 22.

Reports that they were dating first broke in 2014, shortly after his split from Blac Chyna, and in August 2015 Tyga lavished Kylie with a Ferrari for her 18th birthday.