Kanye West And Lil Pump Perform ‘i Love It’ On ‘SNL’ 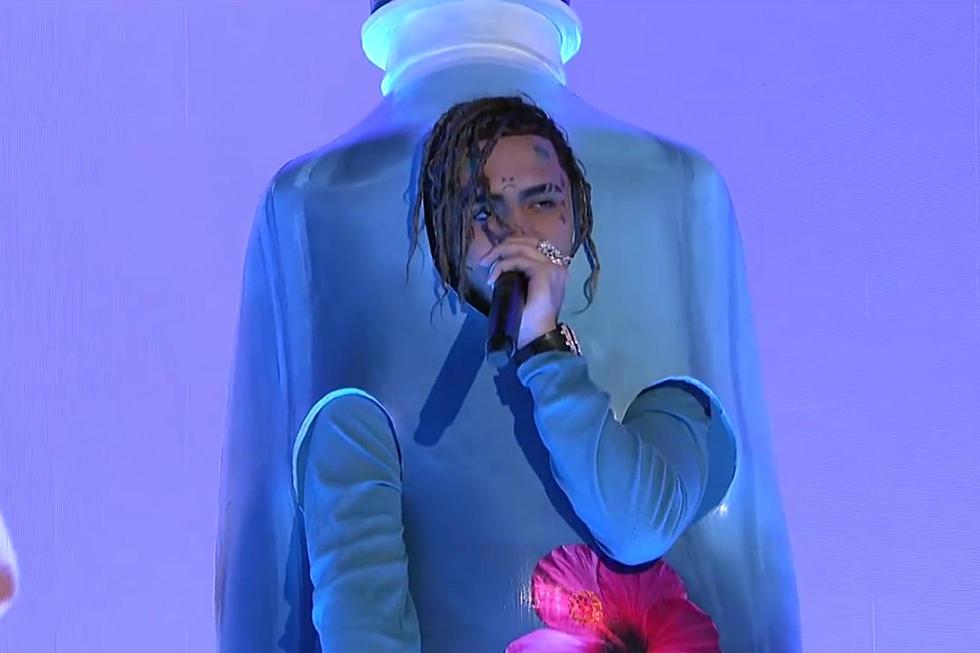 Kanye West And Lil Pump Perform i Love It On SNL

When it was revealed that Kanye West would be bringing Lil Pump, among others, along for his Saturday Night Live performance, we knew which song West and Pump would be doing.

As expected, the duo performed their new single “I Love It,” which spawned an awkward challenge where people wore large outfits to impersonate the rappers in the video. Instead of wearing the same box style outfits from the video, West and Pump decided to fashion their costumes after a line from the song.

“When the first time they ask you if you want sparklin’ or still?/ Why you tryna act like you was drinkin’ sparklin’ water ‘fore you came out here?,” asks West on “I Love It.” Subsequently, Pump dressed up as a bottle of still Fiji water while Mr. West donned a large Perrier sparkling water costume for the live rendition.

The two look somewhat strange on stage together, with Kanye jumping around excitedly like a kid at an amusement park and Pump absentmindedly stumbling through his verse. At one point Pump lets a curse slip, but he lets the edited song take over on the second attempt.

Kanye clumsily edited his own lyrics, which made some bars come off as a hurried mumble. After the show, West is expected to drop Yandhi, which would be his third studio album this year. Check out their performance below.