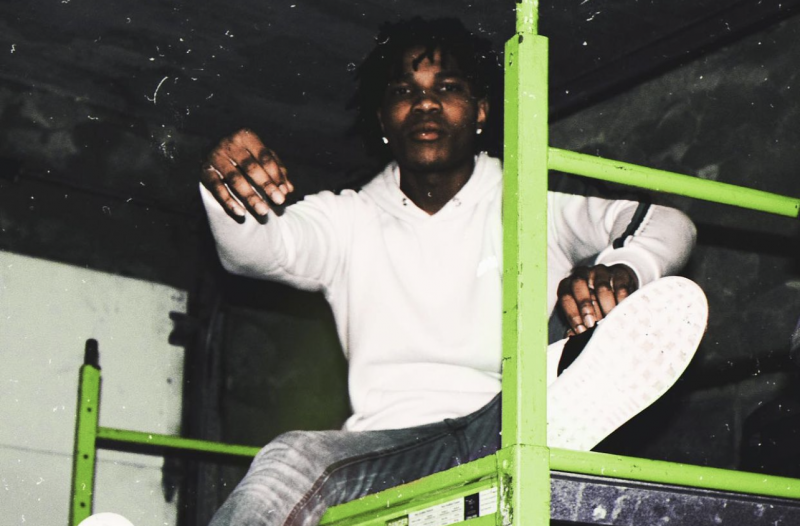 Bronx native, HULKSICKO!, has faced many trials and tribulations at his young age. In high school, he was well on his way to playing Division 1 basketball but a major hip injury and a tough surgery forced him to reconsider. He slowly transitioned from an athlete to an artist, using music as a means of coping. “When I was young and angry, I would listen to music to help get me out of certain moods. It didn’t always work and sometimes the lyrics in the songs made it worse but that’s how I knew music was impactful.”

HULKSICKO! recorded his first song in the summer of 2017. He recalls watching videos on how to use auto-tune for an hour and, by the end of the night, he had created a very rudimentary track. He chuckles stating, “It was trash.” The independent artist stayed persistent for 3 more years before finally feeling like he found his sound. “Most of my music is melodic and uptempo, which I think is dictated by the beats I choose. In terms of lyrics they can go right or left depending on how I’m feeling, and where I’m at. I like to tell people about parts of my life even if they can’t relate to it, because the real fans are going to relate. Those are the types of fans I want around my music.”

One thing that sets HULKSICKO! apart is his keen interest in international collaboration, particularly in China. He’s nearly fluent in Chinese, having already spent a month there, traveling to at least 10 cities to study the culture/language and enhance his musical reach. He mentions, “ I feel like the fact that I speak Chinese influences some of the harmonies that I think of while making music.” Once the Pandemic restrictions become less burdensome, HULKSICKO! hopes to return to China to continue expanding his brand.

HULKSICKO!’s music conjures deep and enduring emotions in his listeners’ minds. When asked what inspires his musical sound, HULKSICKO! references his mother, brothers and his hometown along with all the experiences he’s been through there. His mother immigrated to America from Liberia. Like the plight of any first generation child, HULKSICKO! was determined to take care of her mother and reciprocate her love and give them a brighter future. His brothers have also encouraged him to continue reaching new heights in his career.

Just recently, the artist experienced the loss of a close friend, further amplifying his “why” when it comes to the music game. “I couldn’t really process it fully until I was at his candle lighting in New York. His death made me realize how real and cold life can be and how grateful I am for the opportunity I have.” Currently, HULKSICKO! lives in Los Angeles, where he claims to be a better fit for him than New York. “There’s a lot of temptation and distraction in New York.” The move was critical in allowing HULKSICKO! to advance his career. He’s been working on a lot of video content and adjusting to my life on a different coast. “Before I put out any major project I want to have that one record that everybody knows. Although, I do have a lot of unreleased music that I could push out a project with. I just want my first established project to be one of those albums with no skips. I’ve been through a lot in the past couple years so I have a lot to talk about. I don’t want anything to go over nobody’s head.”


You can follow him on social media @hulksicko & check out his music on Spotify, Apple Music, YouTube and all the major platforms!