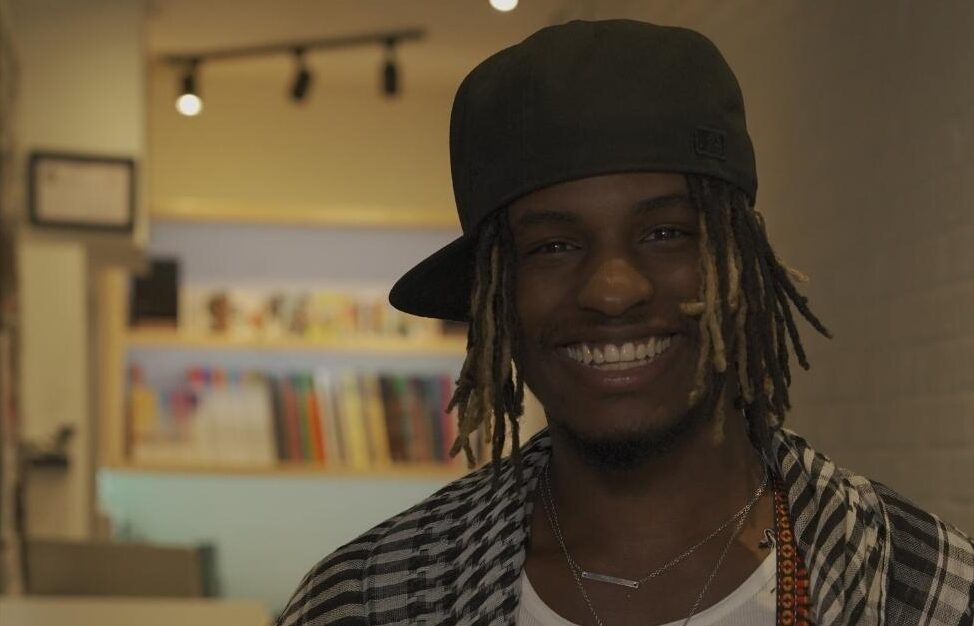 Growing up, Ghost 674 didn’t come from an abundance of money, and being one of five siblings didn’t make his situation any better. This forced him and his siblings to be on their own and fend for themselves. As Ghost grew older, started working his typical 9-5 jobs to fund his musical aspirations and to put extra money in his pockets. As his musical dreams grew, he’d decided to drop out of college to become a full-time artist later in life.

Ghost’s love of music first started to grow when he was just twelve years old. Around the time, a Disney Channel hit movie called “Let It Shine” was just released. Ghost was watching the film with his family one night, and throughout the movie, he stopped to look at his mother and told her he wanted to rap. Soon after, his mother bought him his first set of equipment so that he could get started chasing his dreams.

Outside of music, Ghost has found that the most struggling challenge throughout his journey is finding his own identity for himself. In the music business, it’s widespread for artists to lose touch with who they are, and Ghost has made it a priority to always stay in touch with his true self and never lose sight of where he came from. Aside from staying true to his identity, he has also struggled with finding the courage to follow and build his own rather than enter the standard rat race and do what others tell him to do with his life.

Ghost 674 recently signed a deal with Knxwn Sound. Following the release of his now-viral hit song “T’d Rn,” Ghost and Knxwn Sound inked an agreement committing the two parties to a partnership to take Ghost’s career to the next level.

Ghost 674’s musical inspiration stems from artists such as Lil Wayne, Young Thug, and Lil Baby, with a favorite in Lil Wayne. Wayne’s sound and influence helped to bring out Ghost’s hidden extrovert side and allowed him to make music focused more on how he wanted to communicate and express his feelings.

Following the massive deal between Ghost 674 and Knxwn Sound and the success of his viral hit “T’d Rn,” Ghost has enormous plans for his rollout for the next twelve months. He plans to release a string of singles to follow up the success of “T’d Rn.”

Ghost’s most significant achievement as an artist is accomplishing the goal that many other artists aspire to do, which is to go viral. His song “T’d Rn” is currently going viral on TikTok and Instagram, accumulating over 40,000 streams in one day. The song has over 1.2 million streams on Spotify in just the last thirty days alone and is the leading force behind Knxwn Sounds’ move to sign the rising star.

Though he does not own or produce his music, Ghost has forged excellent relationships with producers such as G Felds, David Grell, Marty Costes, and Read The Silence. Ghost currently works with Angel, aka Sentfromheavn, as his producer and full-time engineer.

Where a typical day inside the shoes of Ghost 674 was waking up to clock into Mcdonald’s as a manager, his time is now spent traveling to different cities, creating content, and working full time as an artist every day. Follow Ghost 674 on Instagram here and stream his current catalog here.