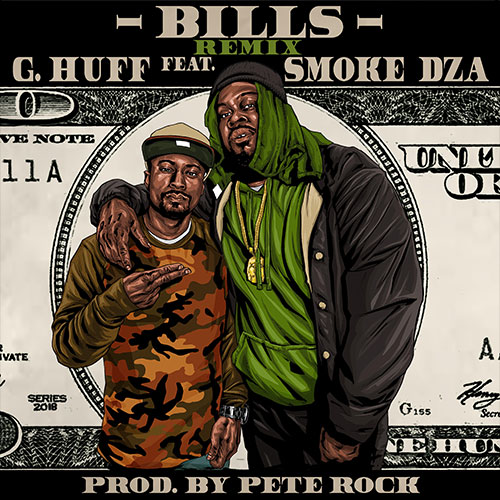 Stream G huff Bills Remix Ft Smoke Dza – After catching the attention of Snoop Dogg and DJ Premier with his latest single “Rakim Meets The D.O.C,” Youngstown, Ohio native G.Huff is back with a remix of “Bills” featuring Smoke DZA and production from the legendary Pete Rock.

Throughout the nearly three-minute track, Huff and DZA swap bars about the everyday grind of being indie artists and the effort it takes to keep up with life’s responsibilities in the current musical climate. Stream G huff Bills Remix Ft Smoke Dza

Huff dropped his first solo EP titled Vacant Thoughts in 2013 and for the next two years traveled around the country performing shows. He was also the opening act during select dates with The LOX, Griselda and DZA on the Key To Life Tour.

In November of 2015, Huff released the critically acclaimed album Royalty For A Lifetime and followed up with a video for “Be Easy.” He’s been hustling ever since.

Stream “Bills Remix” below or get a copy of your own on iTunes here.