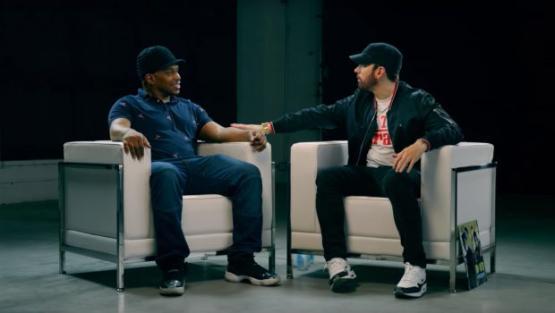 The hip hop legend talks about his respect for rising star Joyner Lucas, thoughts on Drake using a ghostwriter, rap empowering him when he was a kid, dislike for the GRAMMY Awards, the song “Stepping Stone” being about the fall of D12, his friendship with Proof, writing music as a form of therapy, and more.

Watch the final installment of their conversation below. Kamikaze is available on Apple Music, Spotify, and other digital platforms now.