Nicolas has been observing, experimenting, and translating the human experience into song for almost three decades. 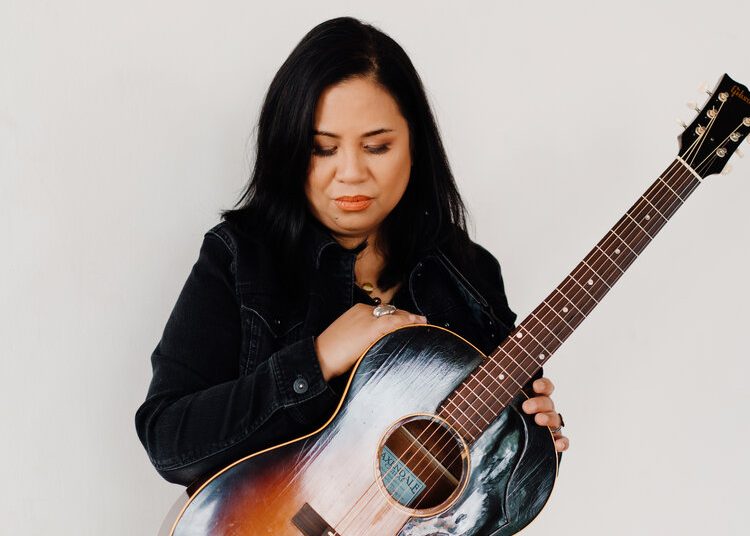 Sophisticated singer-songwriter, producer, and engineer Elisa Nicolas made an unforgettable return to her solo music career – after a twelve year long hiatus – with her new single, “No Answers,” out September 30. This is the lead single off of her upcoming album, Year of The Locust, releasing early November, in which fans can see the immense growth Nicolas has made over the course of a more-than-successful songwriting career.

While taking a break from her own projects, Nicolas was busy contributing her songwriting and performance skills on over 45 works, cultivating her professional reputation, and refining her artistry. This single is the first taste of a gorgeously painstaking recount of the human experience, characteristic of some of music’s most profound songwriters like Joni Mitchell, Fiona Apple, and Nora Jones. “No Answers” tells the story of longing for reciprocity in a relationship; the raw artistry that comes through on this track effortlessly immerses listeners into an epic, emotional plea for intimacy by Nicolas.

The Canada born, Ohio raised Asian American displays her honed lyricism and storytelling abilities in this vocals led, guitar forward track. Steady acoustic guitar sets the foundation for the single, conveying passion and angst through heavy strumming and dissonant extensions. Joined by invigorating percussion as the song takes off, honeyed electric guitar adds a breezy glimmer, while bright background vocals and reverberant strings lend an irrefutable sense of epicness to this track. Masterful production and instrumentation coddle Nicolas’ somber lead vocal in colorful harmony tinged with grit; the artist relishes in the rarely found, yet highly sought after cohesion between performance, writing, and insight that makes a song come together in a difficult to articulate ‘magic.’

For Nicolas, the anthemic melancholy emanating from this record finds its roots in the sexual misalignment of a relationship. “Take my hands, take my clothes, I can’t go it alone tonight,” she pleads in the second verse. She begs with a passionate exclaim  “Stop whispering, go higher,” before ending the verse in shattered dissapointment, “then you’re gone before I take flight.” The chorus is an anthemic moment of frustration – thoughtfully built up to in the verses – in which Nicolas bellows in defeat, “there’s no answer to my questions.”

Nicolas approached this record from a multidisciplinary perspective as a songwriter, instrumentalist, producer, and engineer. The artist created this record over the course of years; she takes the time during the writing process to etch out ideas, marinate in them, and refine the ones she feels are most worth pursuing. After recording the bones of this project and stress testing the songs at gigs, Nicolas was able to pinpoint exactly where she wanted her music to go. In collaboration with her dream production team, Nicolas articulated her recount of the human experience exactly how she had envisioned. Main contributors are as follows: Jeffrey Ciampa (Happy Chichester, Megan Palmer, Grammy winner for production on Wayne Shorter projects) produced, mixed, and played bass and keys.

Kim Rosen (Grammy winning engineer) mastered the record. Thomas Byran Eaton (Caitlin Canty, Miss Tess, Western Centuries), an imaginative guitar player and engineer, created surprising and unexpected colors throughout the course of the record, while singers Nikki Wonder, Megan Palmer, and Cathy Wicks lend epic background vocals. Though the COVID-19 Pandemic made the circumstances for the creation of this album less than convenient, through the assistance of friends in Nashville with recording gear at their disposal, Year of the Locust came together exactly how it was intended.

Connect with Elisa Nicolas on social media for updates on new music, videos, and more; @elisasound