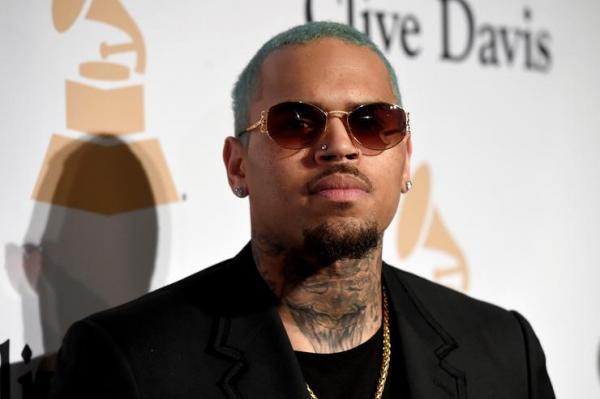 Chris Brown has been known to experiment with his hair color. The man is typically fearless when it comes to choosing his desired style. In the past, he’s rocked multicolor locks, cycling through every single shade of the rainbow.

His hairstyles may not be as extreme as 6ix9ine, for example, but Breezy is definitely unafraid to take risks with his look. The artist recently debuted his brand new hairstyle on his Instagram story, dyeing his curls purple and keeping some blond in the mix.

The singer’s new look is certainly eye-catching but we’ve become used to the constant switch-ups from CB. Chris shared the photo on his story alongside a purple demon emoji, just before posting a photo of his daughter rocking some of his merch. Fans seem to be digging the new look as many are commenting on The Shade Room’s repost that he looks great with purple locks.

Breezy made headlines earlier this week when he squashed his beef with Drake, coming out to perform with the Canadian artist during a Los Angeles stop of his tour. He’s also featured on Ella Mai’s self-titled debut album as the two collide on “Whatchamacallit.” Are you down with Chris Brown’s new look?

#TSRHairDosAndDonts: #ChrisBrown’s coming through with the purple curls. Issa look or nah #Roommates?! 👀👀