Boot Mob Continues to Put Petersburg, Virginia on the Map with “Otta Nothing” 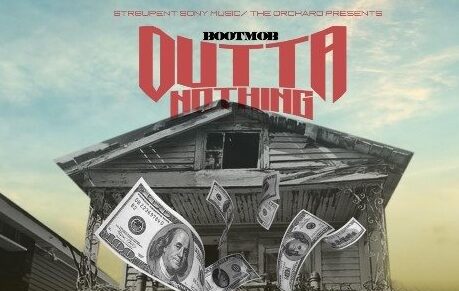 When powerful music forces combine the outcome transcends mythical proportions. Rap group Boot Mob are in a class of their own. They possess the essential elements that make a music collective great, which include quality production, poignant lyrics, and unique personalities. The Petersburg, Virginia based group was formed in 1990 by John “Spot” Harper. The Boot Mob philosophy represents hard work, determination, and the grind.

The Boot Mob crew are seasoned veterans in the music game. They have performed in shows headlined by stars such as G-Unit, Young Dolph, Young Buck, Cash Money and more. The Boot Mob crew have uncanny chemistry. Moreover, they’re masters of ceremony. They embody the true essence of Hip Hop. They’re noted for their seamless flow and their ability to connect with the crowd. Their concert performances are filled with vibrant energy and stamina.

The Boot Mob has a no-nonsense style. They keep their ears to the streets and their boots on the ground. The group is dedicated to bringing change to the community by participating in a myriad of local fundraisers and charity events. Equally important, the members of The Boot Mob are no strangers to life’s hard lessons, which have taught them to be triumphant when obstacles are placed in their path.

They have beaten the odds and continue to strive for excellence. The Boot Mob’s latest single is a riveting song entitled “Otta Nothing, ” whereby they discuss elevating from the streets to live a boss life.