Blezzito Brigante and Coolie Team Up For New Single 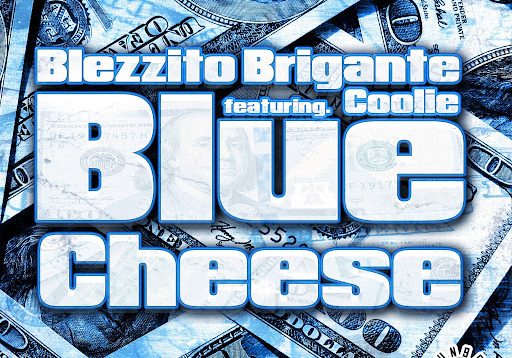 Originally known by the masses as “Bless Da Messiah” is rising rhymer who now goes by Blezzito Brigante. Born in Brooklyn, New York to a single mother, Blezzito grew up on the gritty streets of Flatbush Avenue. His initial love was basketball before Hip-Hop, which is one of the key reasons he tackles the rap game with such a competitive mindset. In fact, Blezzito is well-known for his endless talents, never-ending drive, and passion to be the best.

Despite overcoming numerous challenges, he has been able to preserve his work ethic, credibility, and genuineness while striving for success. On his latest single “Blue Cheese” featuring Coolie, Blezzito Brigante jumps into this trap drill rhythm. Melodically gliding with the beat as he recites his rhymes. Because he grew up with nothing, Blezzito expresses his gratitude to everyone for whatever he has. Additionally, he is determined to look out for his friends, family, and lady as he enjoys life.

Now he’s on his way to get his “Blue Cheese” with Coolie. The BK rapper has decided to focus his life, music, and business ambitions on creating an authentic brand that will be at the forefront of hip hop’s transformation into a global lifestyle. With enticing new graphics and an approaching production on his company’s imprint YOUNG GOD SOCIETY, Blezz is set to take the world by storm. Overall, Blezzito is laser-focused on growing his empire among hip-hop’s elite.

He is undeniably on his way to the top, with well-rounded records, charismatic flows, and an evident desire to succeed. Stay tuned here at 24HR Hip Hop for more on this artist!

Connect with Blezzito Brigante on social media for updates on new music, videos, and more; @blezzitobrigante