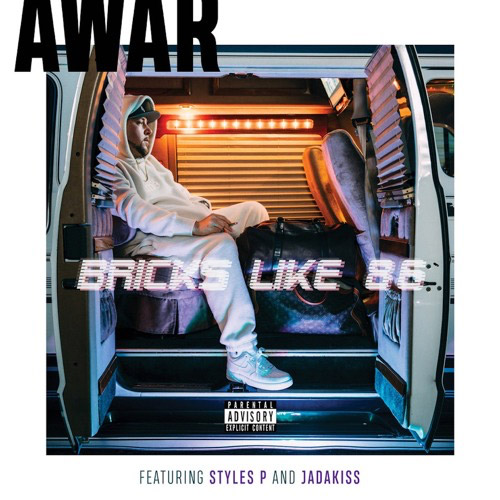 AWAR Ft Styles P Jadakiss Bricks Like 86 Stream – AWAR’s been on a heavy hustle over the years. The rapper’s getting ready to release his forthcoming project, Spoils Of War in the near future and before he drops that, he comes through with the lead single titled, “Bricks Like 86.”

AWAR is back with his latest single, “Bricks Like 86.” The rapper’s new single features two-thirds of The Lox, Jadakiss and Styles P. The song has a dark tone to it, especially because of Vanderslice’s production.

AWAR and Vanderslice are also part of a duo called, The Winning Team. “Bricks Like 86” finds AWAR, Styles P and Jada digging into their days in the streets with detailed accounts of some of the things they’ve witnessed.