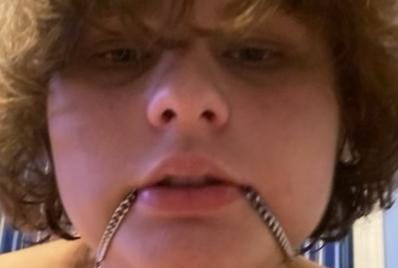 Born on April 25th, 2006, Trey Gracianetteis is a young, independent rapper and a social media influencer from the United States. Trey was born in Birmingham, Alabama, to be a talented up-and-coming rapper. Trey garnered millions of fans as a social media marketing entrepreneur before deciding to go solo as a rapper. With his friends, Trey began making music in 2019.

Millions of people soon began to adore him online, praising him for his unusual, delightful, and endearing songs. He was able to get a million followers in such a short amount of time thanks to his style’s affinity. He then decided to try rapping instead of continuing in his previous line of work. After starting to take music seriously in 2021, Trey didn’t release his first song until July 2022.

The song’s lyrics have been mentioned in several internet communities due to how well-known it has become. Trey’s track played a significant role in his rise to fame. Trey is now much more dedicated to music, and he intends to shortly launch his debut mix tape.

Juice WRLD and XXXTentacion, two of his favorite bands, have always influenced him. Trey has the same traits as these two performers, who are known for their varied musical tastes and unusual lyrics. His family and friends are his biggest allies as he pursues fame as a rapper. To see how regularly Trey promotes his music, listen to his songs at @treygracianette on Instagram and SoundCloud. He had the lyrics to his song 6D published on Genius and other online sites, and despite his youth, he was able to amass close to a million Instagram followers.

Trey aspires to become a household name and well-known rapper in the future. For all the young people out there who are struggling to achieve their ambitions, he wants to be a role model. He wants to use his songs to share stories with others because he is also a social media influencer and wants to assist them to overcome all of their challenges. Make sure to check out his music, on Instagram along with his song 6D ft. Tristan.2Hard and Joey J. Drip.

For additional information about the artist, go visit the following website: https://linktr.ee/treyGracianette