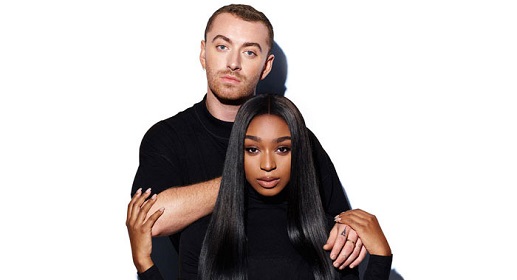 Sam Smith and Normani have the magic touch. Since her split with Fifth Harmony, Normani has seen plenty of success with quality collaborations alongside Khalid (“Love Lies“), 6LACK (“Waves“), and Calvin Harris (“Slow Down”).

And now, after a random run-in with the British singer at a studio in Los Angeles, the two have teamed up on a new song, “Dancing With A Stranger.”

“I’m so excited for everyone to hear ‘Dancing With a Stranger,’ which I wrote on ‘The Thrill Of It All’ tour last year,” Smith told Billboard. “For me it bottles everything I was feeling whilst juggling my personal life and touring.

It is also such a beautiful moment for me as I’m a huge, huge fan of Normani and everything she is. I’m so excited to watch her light shine. I hope everyone enjoys hearing this song as much as I do.”

“I’m truly blessed having the opportunity to create with one of the greatest vocalists of this decade,” Normani added. “I think about the artists that I frequently listen to daily and Sam Smith has definitely been one of them for some time now.

I never thought in a trillion years that I would be able to state that I have a record with this extremely gifted being.” Press play below and be sure to catch Normani while she joins Ariana Grande on The Sweetener Tour.