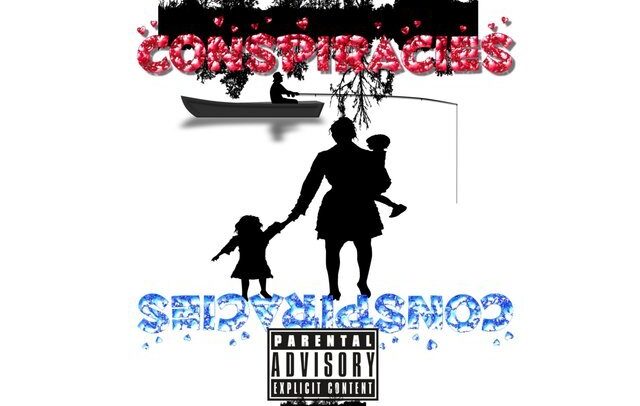 Let’s dive into the tracks one by one:

This album starter begins with a vivid, danceable beat and a rhythmic fronting rap. The chorus is a full-fledged dancefloor with a spin in the lyrics with a wink in the eye as the self-conscious social critic plays into the ears. The RapViking knows how to make this song catchy with onpoint lyrics and some ‘80s arpeggios embedded into some undeniable city-tribal rhythms giving the jiggy in the outro. Anyone favouring Eminem from the early ‘00s will like this song on repeat.

It is a melodic, mid-tempo blues-rock song sounding like the late Chris Cornell at a pub gig. The drums are a good and refreshing lead instruments in the chorus, the guitar’s simple chords support the vocals in the verses to focus. With some flavours of honky-tonk this pseudo love song with pulls the listener in with its energy.

With an fx lead intro Matthew Hunkins goes back to the late ‘80s early ‘90s hip-hop scene aligned with NWA and the Beastie Boys. This is probably the farthest end on this album, and an interesting take; not necessarily a radio hit but a showcase of talent. 2

Once again a strong rhythm oriented song with some early synth sound arpeggios with an extended break. The verses are bordering some Jamaican traits; a brave choice to apply the “less is more” formula, especially after the well-mixed verse – a disco-hit from the ‘90s.

In this melodic hip-hop/pop piece the beat has a great drive and the vocals are layered well in the mix. This party favourite ends with an extended outro but not before the ear-bug is placed with the chorus lines. Some playfulness is attainable in the soundscape whilst the chords just feel right.

As the album closing song a strong blues-rock comes again – it feels even more energetic than earlier (since it’s the second song in the album reloaded), like a well-deserved encore, showing Matthew Hunkins is actually an artist with a vision with a musicianship. It is a good tune, great mix, hopefully a prelude for the upcoming direction.

Ultimately, “Double Conspiracy (Press Start 2P Insert Coin Credit .50)” is a uniquely qualified album with signature vocals, some interesting soundscapes and fortunate song choices. Definitely a whole new league is waiting for Matthew Hunkins. It is a thrilling ear-treat with extra traits for the mind; an album to like, buy and even want for more.