Mike Infante, AKA The Wheelchair Director, Is Making an Impact on the Music Scene 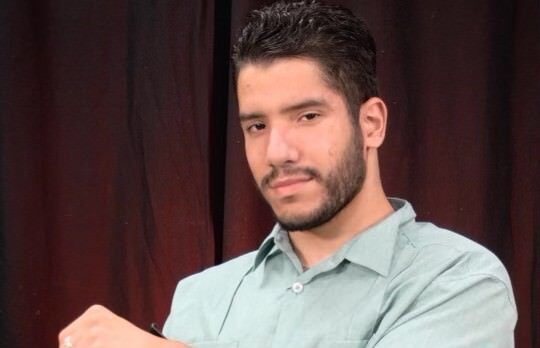 Mike Infante is a successful and innately gifted actor, speaker, director, and wheelchair bodybuilder making an impact in the music scene. At 21, Mike Infante is establishing an incredible career building a thriving brand notably known as the Wheelchair Director. Born with cerebral palsy, the Sacramento-based director uses a wheelchair and crutches to shoot his videos and never allowed his condition to hold him back. He shot over a dozen videos in his hometown, making a name for himself in Northern California.

“I come from a theater background so doing these music videos, I add more of a performance element and get a better idea of the visuals and how to bring it to life,” Mike says.

He holds the record for being the first videographer and director living with a disability in his area. Mike is also a renowned disability advocate and is leveraging his success to inspire others to chase their dreams. Mike’s hard work, success, and unquestionable work ethic have seen him claim numerous awards, including winning three wheelchair bodybuilding competitions. His determination, zeal, and passion for inspiring others earned him recognition as one of the top personalities, including being featured on Yahoo Finance, SF Post, and LA Times, among many other top publications. Mike also established extensive music industry networks and partnerships in other diverse industries.

Mike considers himself a self-made success who overcame many hurdles to realize his dreams. His biggest challenge was coming to terms with the tough reality of the world as he grew up bullied and teased by other kids. This cultivated in him a sense of self-doubt that almost left him depressed. “My friends always doubted me, telling me I wouldn’t do anything with my life,” he adds. But no matter their negative messages, Mike was resilient enough to find and build his self-confidence, which helped him focus on his goals. He was also driven by the desire to prove his doubters wrong. More importantly, Mike wanted to show them that anything is possible no matter the situation. You can overcome anything.

Today, Mike is not only living his dream but also working hard to inspire other people to go after their dreams. He believes that nothing comes easy, and you have to work hard for that which you believe in. Challenges and hardships are meant to be part of the journey; therefore, never give up. Also, not everyone will believe in your dreams, and some people will certainly doubt you. But later on, they say they love you, but they’re just hopping on the train of success. “Stay true to yourself; don’t change for anybody to keep climbing for your goals,” Mike says.

An ambitious and innovative director, Mike wants to enhance his creativity and expand his music video and videography skills. To him, videography is all about helping communicate the artist’s message, and that’s why he has enrolled in college to study more about communication skills. He aspires to create a bigger movement to see more disability representation in the entertainment industry. “My goal is to spread love and positivity in the world,” Mike concludes.