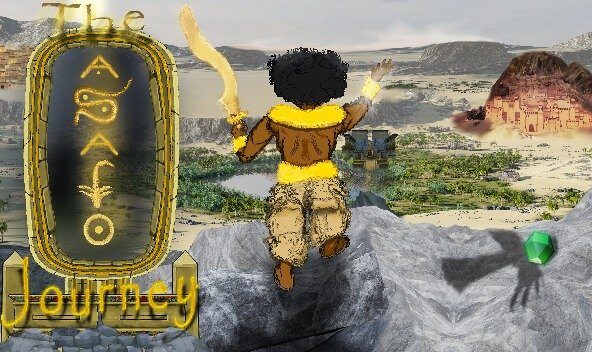 USA – Black Bricks Studio caters to the needs of game lovers and keeps on delivering exciting titles. The company strives to bring unique and state-of-the-art games for people to have fun and excitement. Black Bricks Studio released the game over the weekend, titled “The Asafo Journey ” keeping in mind the demand of game lovers. This game is primarily for the fan base that had been eagerly following the project’s progress. The Asafo Journey delivers the year’s first video game modeled after a historical African setting.

The Asafo Journey by Black Bricks Studio is a two-dimensional platformer that is similar to the Super Mario Brothers which is a popular title that we all know and love. The Asafo Journey provides a touch of nostalgia and historical background. The game is currently available on the world’s famous gaming hub Steam at a discounted price and can be downloaded from this world’s leading games library.

The game is based on a historical kingdom called Ta-Seti, which ruled over the Nile Valley in East Africa about 6000 years ago. Asafo is introduced in the game as the chosen warrior appointed to maintain order in a kingdom that seems to be falling apart due to both human and non-human characters that repeatedly appear throughout the game. The company’s creative developers are working passionately to change the way games are developed.

The African-themed video game, The Asafo Journey, is now the popular choice for the community who waited eagerly for the game’s completion in order to experience the enjoyment that it delivers.

Black Bricks Studio is continuously coming up with unique and thrilling games for people to have fun. The company has a team of professional game designers, game developers, and other creative professionals who aim to offer high-quality, family-friendly gaming options.

The African-themed video game, The Asafo Journey is a recommended choice for the community who is looking for a complete video game experience with an African theme to it.

One of the spokespersons Mr. Chambers from the company, says, “A young mother at the launch of The Asafo Journey in Atlanta said, “we were waiting for this all year, love the scenery, and it’s very family-friendly, which is very important to me.”. The Asafo Journey is an African-centred video game. Game lovers can easily download it from the popular gaming website Steam, Black Bricks Studio’s commitment to delivering quality family-friendly gaming and entertainment choices to its customers.”

Black Bricks Studio LLC is one of the world’s fastest up-and-coming game development studios, working dedicatedly to developing games that meet people’s expectations. The company has now launched a game called “The Asafo Journey” to celebrate the United Kingdom’s honoring of Black History Month. The African-centered video game is a true definition of adventures, history, and fun. The company makes sure the game is available for people on the world-famous gaming website “Steam”.