She is convincing pop listeners to feel something honest again. 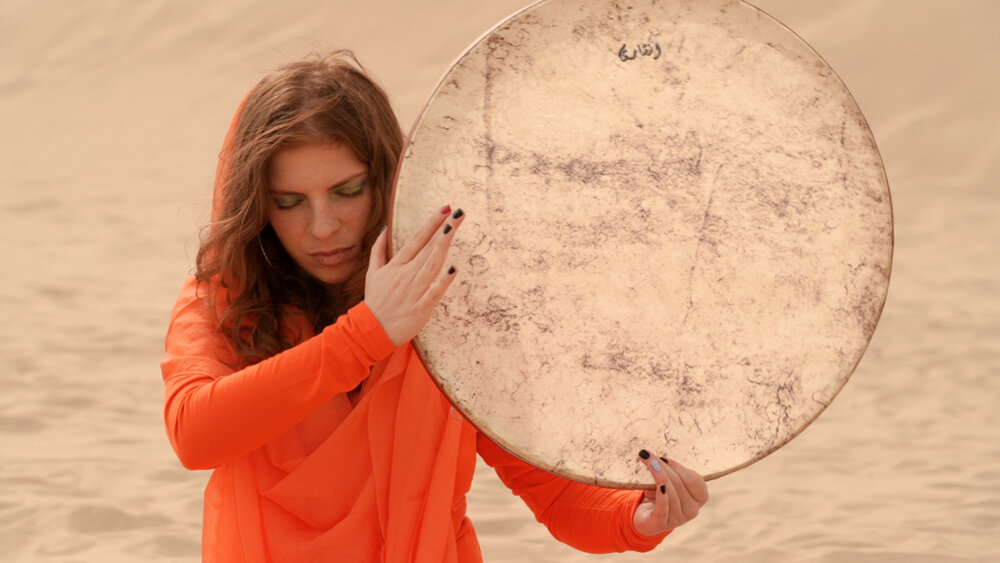 Mar 22, 2021, 14:25pm EST — Dark-pop singer-songwriter Ashley Zarah released an electronically driven music video “Ashes In The Sea” on March 19. The new video follows Zarah’s LP Better Mess, which was released last year. “Ashes In The Sea” is a Persian-influenced song about rebirth and resurrection. “It’s about cremating an old self, even a perfect self, and watching new life emerge from the ashes,” says Zarah.

The song exudes spiritual and tribal senses. With the weight of the drums and twang of the setars, listeners feel as though they’re being purified by ancient ritual. “I always make this joke that my ancestors were fire worshipers from Mesopotamia doing sword dances around their horses,” says Zarah. “I’m not far off though – the Persian empire was a Zoroastrian one. Zoroastrian ideology is the backbone of Iranian culture and I wanted to pay homage to what they’ve taught me.” The erratic production changes are placed throughout the track to remind listeners of the storm and chaos that come with real transformation.

The single will be released exclusively via a moving video that captures the vast desert and contrasting colors of the unique kaleidoscopes that make each person special in their own way. “Change and rebirth ain’t a pretty thing,” says Zarah. “It’s exhausting and time-consuming.” Zarah hopes that through watching and listening to “Ashes In The Sea” listeners will feel comforted to be themselves and experience the journey of personal transformation, in whatever way they need.