Where "Ashes In The Sea" is in a spiritual sense about rebirth and resurrection, “Shadow” is in the same sense about abandonment and detachment. 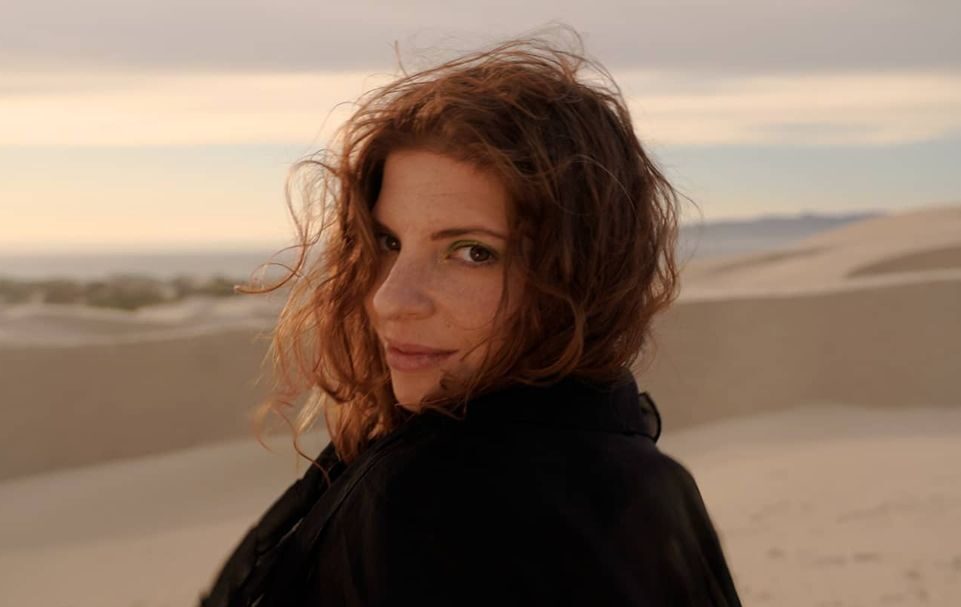 Dark-pop singer-songwriter Ashley Zarah has collaborated with Miami-based, Venezuelan producer Eugenio “GVLA” Moleiro to create Mad In The Travel – a desert-themed electronic upcoming EP. Featuring three tracks, including the recently release “Ashes In The Sea”, Mad In The Travel explores Zarah’s deep-rooted connection to the desert and her family history as she experiences renewal and rebirth in her own life. “There’s this notion that those who wander the desert by their lonesome eventually go “mad in the travel.” Exhausted, hungry and thirsty, delusional, desperate and alone – it may sound absurd to say, but I believe those are the times we see things the clearest,” says Zarah of the EP’s inspiration.

“We’re stripped to our most naked, most starved version of ourselves, and there is no questioning what we want, who we are, and what we seek. It is in our loneliness and adversity that we rediscover ourselves.” Zarah also says she’s always been fascinated by the desert and its power and hypnosis of ‘nothingness’, but what makes her cling to it the most is her family history. “My ancestors have called the desert their home for thousands of years in the middle-east, and though I was born and raised in America, I somehow continued this tradition in the Mojave Desert of Southern California as if it were pre-ordained.”

Mad In The Travel is ultimately about transitions – as if emerging from an old layer of skin. For Zarah that meant shutting out the noise to really hear, erasing the distractions no matter how beautiful so she could really see what was in front of her, and being alone to feel and learn freely. Featuring three distinct singles, the EP showcases Zarah in a bold way as she unabashedly lets her voice be heard through the lyrics and dynamic soundscapes that she has created. Leading off with “Ashes In The Sea”, the production instantly exudes electronically driven spiritual and tribal senses. A Persian-influenced song about rebirth and resurrection, “Ashes In The Sea” allows listeners to feel comforted to be themselves and experience the journey of personal transformation, in whatever way they need.

Where “Ashes In The Sea” is in a spiritual sense about rebirth and resurrection, “Shadow” is in the same sense about abandonment and detachment. Zarah says this was particularly written about feeling abandoned spiritually and seeking guidance, begging for any sign from the Universe that she was still being watched over. This feeling is exemplified in the soft piano backing and vulnerable vocal performance portrayed by Zarah. “Mojave” is featured between the two tracks and sees the artist boldly exclaiming that she doesn’t care what others think – she’s confident in herself as she is. Not hiding behind anything or anyone, it seems as if Zarah has fully accepted her new life emerging from the desert.