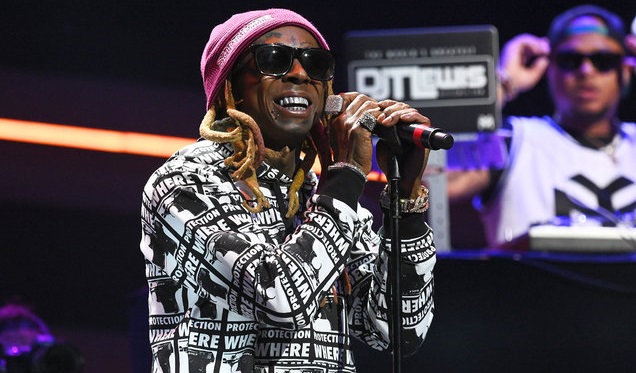 Despite the New York City’s frigid temperatures, Lil Wayne made sure to warm up Studio 8H with a smoldering performance of “Can’t Be Broken” and “Uproar” during his appearance on Saturday Night Live on Nov 10.

First, Lil Wayne brought out Halsey for a riveting rendition of “Can’t Be Broken,” which resides on his chart-topping album Tha Carter V.

After watching the singer power through the track’s empowering hook, Wayne saluted America’s heroes for their courageousness in light of Veteran’s Day (Nov. 12). “To all the veterans, thank you,” he said following his performance.

For his second song, Wayne — sporting a Dalmatians style coat — cranked up the intensity and enlisted his oft-collaborator, Swizz Beatz, for a buoyant performance of “Uproar.”

With an army of dancers at his disposal, Wayne watched his crew unleash their best moves to the delight of the crowd. Upon its release, “Uproar” muscled its way into the top 10 of the Hot 100 courtesy of the #Uproarchallenge.

Watch’s Wayne performances on SNL below.