TYCHE is a multi-genre duo based in Los Angeles. 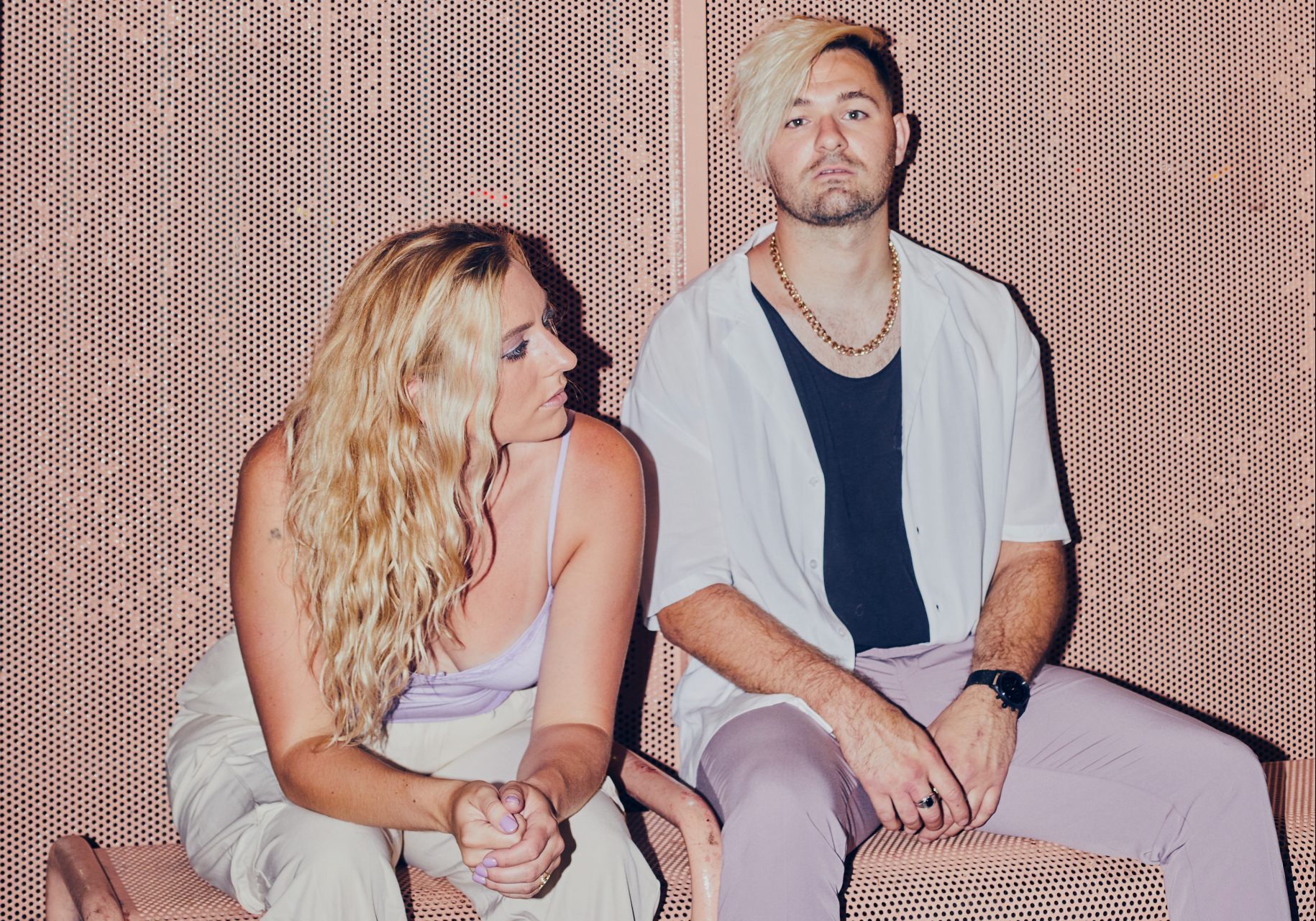 LOS ANGELES, CA (August 19, 2021) – TYCHE (Saydi Driggers and Jake Briggs) speaks their mind with their debut EP Run released on August 19. Chronicling their journey of rebirth, TYCHE gives listeners a deep dive into their feelings – perfectly encapsulating the myriad of emotions the duo went through that has gotten them to where they are now.

Run opens with a single entitled “Did You Love Me?,” inspired by an unhappy couple in a restaurant who were arguing over a meal, the duo began wondering: why were they fighting about salads? Why were they together? When do you let go? This came at a time where the Saydi Driggers (half of the TYCHE duo) was alone at Chili’s contemplating her life decisions. Saydi had quit her job, broke up with her boyfriend, and made the decision to leave the city she had called home for years… All within a day’s notice.  “I thought I could make a song out of this experience but it was meant to be spoken. It encapsulated the concept of this album. That it is okay to leave, and when you do.. run.”

That epiphany became a trend the duo adopted in all parts of their life. TYCHE started removing people, things, and habits that served as obstacles to getting what they desired out of life. Since then they have found that the journey comes at a cost and are using this EP to express their bitterness towards it at times. “This album covers everything from “we’ll be fine without you” to “I’m sorry” to “hey, f*ck you.” Once making this lifestyle change, accepting anything less was unsatisfactory. Motivated by the frustration of their circumstances and being brushed off, the duo decided to start over. “As a new artist, a new team, it would all be on our terms with only ourselves to hold accountable. It has been liberating and terrifying and now we are reborn.”

“There’s anger and then there’s acceptance. They’re powerful companions when put in the right order.”  -TYCHE

TYCHE is a multi-genre duo based in Los Angeles. Members Jake and Saydi moved to California from Arizona in 2019 to create TYCHE in order to get back to writing and playing the music that they always wanted to play. “We were able to write songs about sadness, anger, loss, and numbness,” says TYCHE. “Our only barriers were the limits we put on ourselves.” The new duo is making an effort to create music that not only feels true to them but also songs that will resonate with listeners. “We want to reach the ones sitting in their room listening by themselves, and the ones that live for party anthems. We won’t have a song for everyone, but we love our fans and they each love us in a different way.” TYCHE is a clear reflection of who they are to their core and the music they believe the world deserves to hear. Saydi says, “As a kid I remember feeling like the songs I was listening to were the only things that truly understood me. Music made me feel not alone, and my goal in life is to help those who feel alone like I once did.” Jake has a similar relationship to music saying, “Music always helped me deal. I taught myself how to play [drums]. Since then it’s been my constant through life and I’ve relied on playing to get me through all the curves that come with growing up.” Combining Jake’s pop-punk and hip-hop background and Saydi’s classical, modern pop, and blue background, TYCHE creates unique but welcoming soundscapes for listeners in all genres. Their genre-bending is aided by cinematic elements and intensity, with each song coming from a story unbound by the rules.

Connect with TYCHE on social media for updates on new music, videos, and more; @wearetyche