Tai.Kobain Drops Off His Latest EP ‘Thru The Pain’

Rising artist Tai.Kobain releases his latest EP as a way to help people cope with adversity through his music. 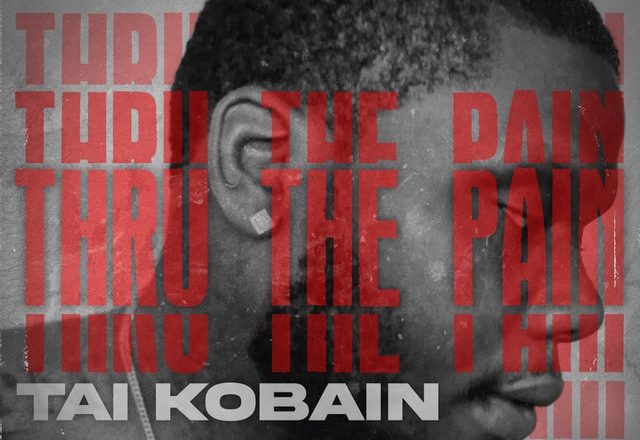 Over the last year and a half, we’ve come to realize that pain surrounds us in all forms and facets. With a global pandemic, racial brutality, and more, people have faced extreme challenges recently. For example, rising artist Tai.Kobain, is releasing his latest EP as a way to assist people cope with adversity through his music.

Tai Pushes “Thru The Pain”

The artist’s most recent album, Thru The Pain, is a three-track effort that aims to heal individuals through the power of music. In order to reflect on his experiences over the past few years, he has chosen these three tracks in particular. In fact, each track is self produced by the multi-talented artist himself.

The album features some of Tai’s biggest hits, showcasing both his creative and performance abilities in one package. Tai Kobain’s decision to include only three tracks on the EP is based upon his desire to push quality over quantity. That motto has guided him throughout his entire music career. He has only released a limited amount of music that remains timeless. Both on digital streaming platforms and on radio. His musical catalog consists of his first single, “Control,” in 2019, and followed it up with the album That Love Shit, which includes songs like “Lovin’ You Wrong,” “Cash Up,” “Breakin’,” “April’s Interlude,” and others.

Tai has been on the scene for a minute now, but his latest release comes as his most exciting. He really left his mark with this project! Also, Tai’s R&B style appears to be attracting a growing number of listeners. Additionally, Tai.Kobain has built a strong fanbase that generates a lot of engagement by staying consistent with his release schedule.

Fans and listeners have always found Tai.Kobain’s music to be relatable. Tai, who has gone through a lot as a father and a husband, wants to share his experiences. Tai makes the best of whatever scenario he finds himself in, despite the fact that things aren’t always simple. Thru The Pain chronicles these tribulations in great detail from beginning to end.

Furthermore, the highly anticipated project contains a message that people today need to hear. This EP comes at a perfect time for him as he strives to improve his game. For now, take a look at “Control” by Tai Kobain here at 24HR Hip-Hop. Let us know what you think!

Connect with Tai.Kobai on social media for updates on new music, videos, and more; @tai.kobain