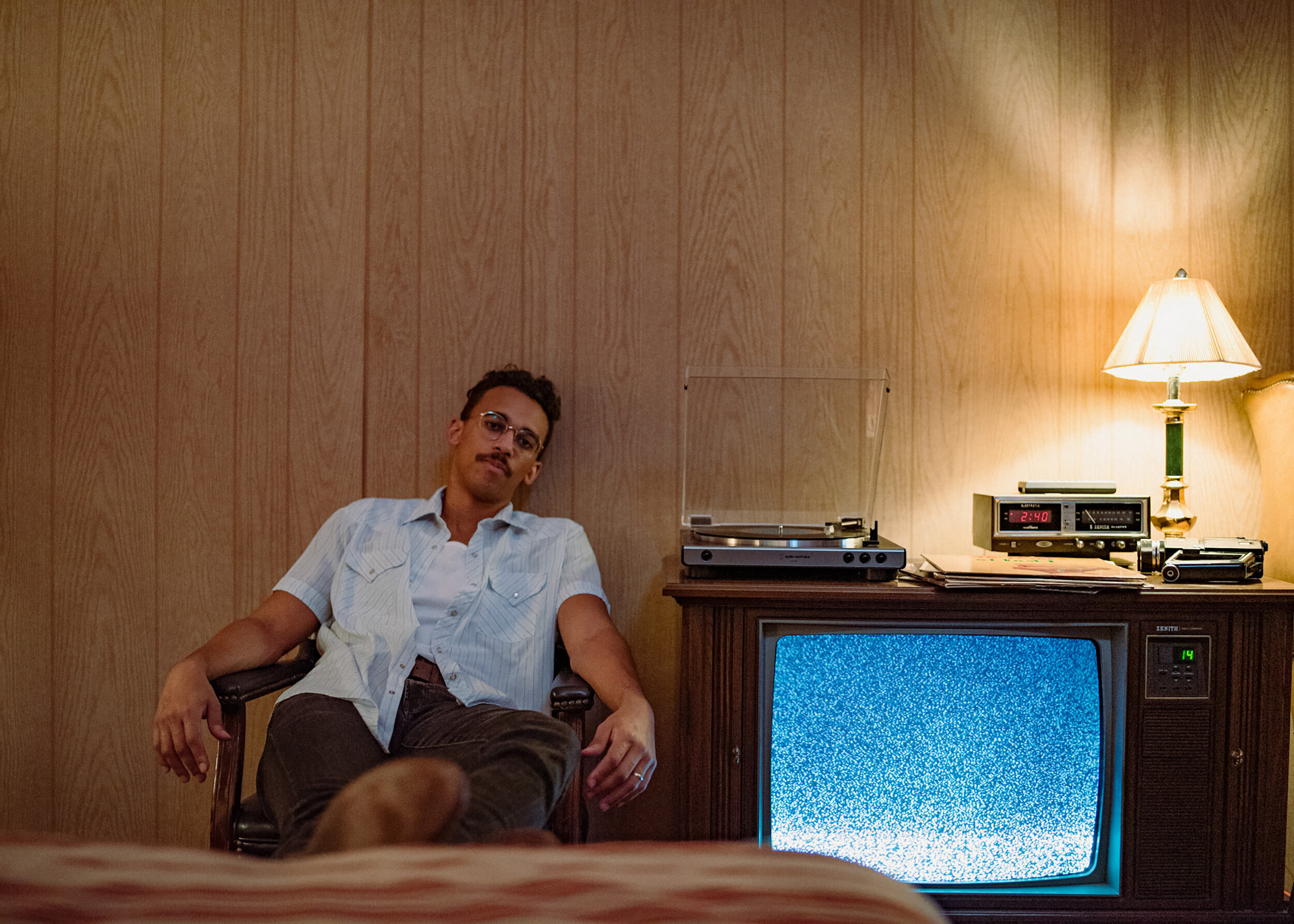 Critically acclaimed retro-pop singer-songwriter Micah Edwards just released his nostalgic single, “Girl From The Valley,” out October 15. This track is a perfectly tender, groovy love song dripping in Rio Grande Valley pride. As the lead single from the artist’s upcoming debut album, Jean Leon, this track offers the perfect introduction to Edwards’ Texas soul sound. Recent recognition from major publications – like Parade and Huffpost – have caught the attention of thousands; with Spotify followers and stream counts on the up and up, all eyes are on this emerging artist.

The soulful crooner pays homage to the love he has for his wife in “Girl From The Valley.” With her upbringing in southern Texas, Edwards celebrates “not only the woman [he] get[s] to do life with, but also the beautiful culture that comes with the woman.” Embodying the warmness, poetic lyricism, and mesmerizing smoothness of artists like Leon Bridges and Silk Sonic, the Houston native continues to invigorate his nostalgic sound with a modern flare. Edwards – having had a critical heart-to-heart with himself on his artistic vision – now finds himself leaning into Americana and Country influences along with his already established aptitude for decadent neo-soul. The singer-songwriter delivers a seamlessly Americana kissed, soul-pop fusion on this track; “Girl From The Valley” has found a home pioneering a fresh, uniquely Texas sound.

Despite his almost 130k monthly listeners on Spotify, and editorial support from Spotify’s Nu-Blue, Summer Party, Fresh Finds, and Fresh Finds: Pop playlists, the raw artistry on this track speaks for itself. Edwards pushed himself to create the sound “his heart has always wanted to hear” on this record. The result is an authentically-Micah, signature style. With musicians like Edwards – that pour their already loveable personalities and effortless talent into every project – it is hard not to fall in love with their music. The Houston native is generating plenty of buzz, and rapidly building a loyal fanbase all while doing things his way.

Steeped in complexity—disappointment, failed relationship, maturity, and underlying it all, hope—Jean Leon is the first studio album from “Mr. Texas Soul” himself, Micah Edwards.

Having explored a spectrum of neo-soul, jazz, lo-fi, and pop over the last two years, Micah’s smooth vocals lend themselves to many different styles and genres. But for his debut full-length project, a story about his personal testimony during one of the hardest years of his life, Micah sought to create his own sound. This sound was specifically inspired by his story—an amalgamation of what he loves: Jesus, his wife, Texas, piano, pedal steel, and his mother…mixed with things he’s sought to understand: brokenness, forgiveness, reconciliation, and his relationship with his father.

Micah’s family values were largely shaped by growing up in a large, mixed-race family on the West Coast. As Micah grew older and his family moved to Texas, that view started to be challenged on a regular basis, forcing Micah to reconcile what he thought he knew about the man he wanted to be. What do you do when the man you looked up to as the leader of your family isn’t who you needed him to be? When your family has been let down and hurt, time and time again? And how do you stop yourself from becoming that same man for your own family?

Bitter, yet uplifting—Jean Leon is a healing, soulful exploration of faith from Micah. Searching for answers from God while searching his own heart, you will understand who Micah is as a musician and artist from the unique blend of up-front vocals driven by bass and drums, supported with piano and retro-soul guitar, and embellished with soulful horns and twangy steel guitar.

This debut album is a nod to the artists before him, as a young virtuoso who understands not just the heart, but the musical precision of retro-soul and country music. Someone who pays homage to Curtis Mayfield’s brilliance of guitar in early Impressions records and Etta James’ almost conversational vocal expression, while embracing his classic country songwriting influence through calculated storytelling employing the fiddle and steel guitar. Someone who respects and honors Leon Bridges, Nathaniel Rateliff & The Night Sweats, Marcus King, Durand Jones & The Indications, Aaron Frazer, Michael Kiwanuka—but leans heavily into the sounds of this particular moment. This is a daring explorer who has created a unique fusion of retro and contemporary elements to defy what has been done before and craft a new genre: Texas soul.

Connect with Micah Edwards on social media for updates on new music, videos, and more; @micah_makesmusic