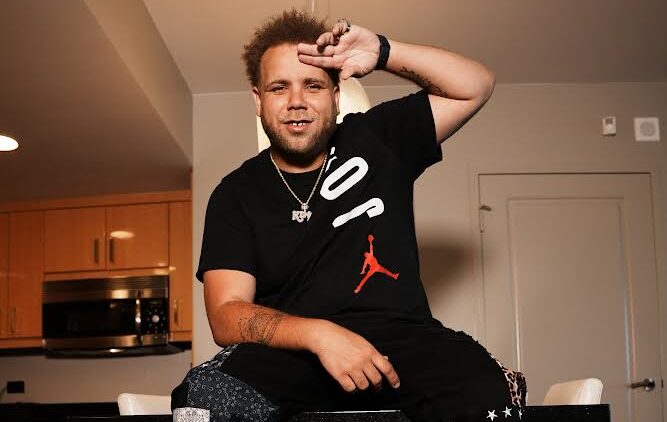 In this Rising interview, we goto West Florissant & Pope known to St. Louisans as O’Fallon Park with one of STL’s most promising underground hip hop sensations, to discuss the city’s vitality and why he rocks with Fresco Kane.

Earlier this year, Don Killam released his single We Made It Ft. Fresco Kane, which moves through moods and influences almost as rapidly as ’80s Hong Kong action flicks. He raps about having a gold grill and Las Vegas. It is between a swift down south vibe with a screwed hook by Fresco Kane and also produced by Fresco Kane with a feathery Kanye West type of Delivery. (It’s worth noting that Don Killam is highly inspired by Tupac, Nipsey Hussle and Kanye West. We Made It strives to push boundaries not by suppressing the rapping, but by hoisting it up. That is always refreshing.

“When I make music I want it to be a different experience every time,” he tells me from the booth of a nearby diner, with his books by his side. “It’s really all about how I feel in the moment. If I’m feeling aggressive, it’ll be aggressive. If I’m in a motivational zone, the song will be motivational. If I feel like saying some bullshit, then I will say some bullshit.”

His approach brings to mind the previous generation of St. Louis’s underground scene, specifically the 2000’s rise of Nelly & The Lunatics. Like that collective, Don Killam bounces off a tight-knit circle of collaborators, with features on songs by Fresco Kane formally of So So Def with Jermaine Dupri that stick out. (“I love getting on another artist’s song, it inspires me so much,” he says.) His relationship with producers is collaborative as well, and he rarely writes without hearing a beat first. So you get songs like “We Made It,” where he pairs a breezy flow with a down south dance beat, or “Born &Bred ,” which boasts a rigid delivery ripping on a Atlanta inspired instrumental. Sometimes I listen to his music the way I did to Nelly’s Country Grammar and I do not hear What could be considered a St. Louis sound. “His music stands out because of how fun it is—he’s always bringing in different friends and collaborators from home.”