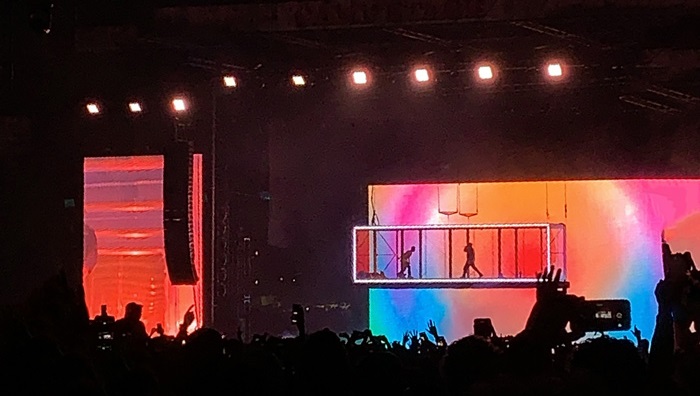 Last night (Nov. 11), the rappers performed as their duo Kids See Ghosts at Tyler, the Creator’s Camp Flog Gnaw festival at Dodger Stadium in Los Angeles. Throughout their 45-minute set, they performed inside a rectangular glass box that hovered above the stage.

While fans were in awe, not everyone thought it was innovative. Taking to Instagram Stories on Monday, Lorde posted photos of a similar floating glass box from her 2017 “Melodrama Tour” along with Kanye and Cudi’s from Sunday’s Flog Gnaw.

The stage was also on display during Lorde’s 2017 Coachella performance. 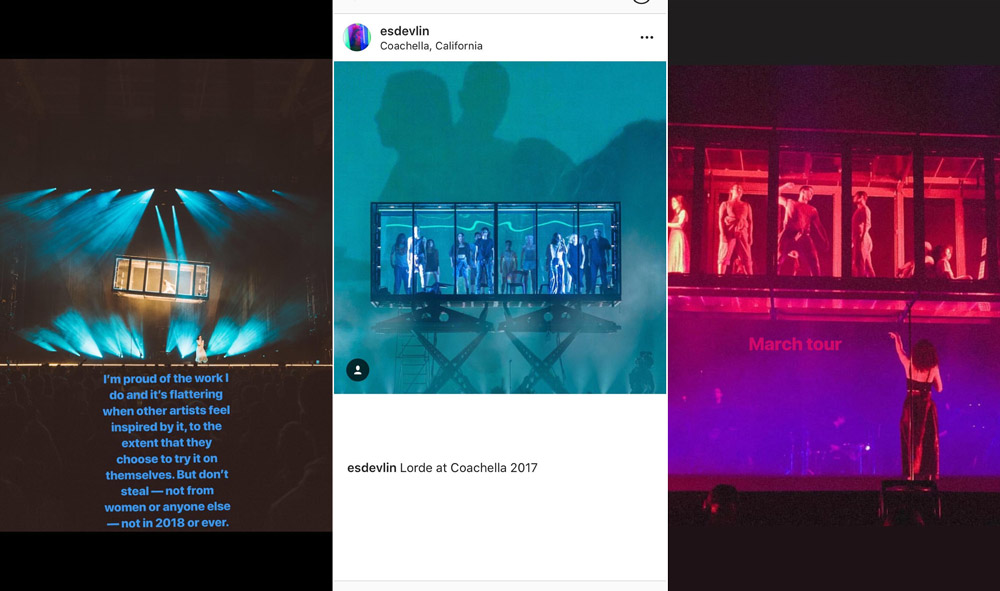 The “Royals” singer called out Ye and Cudi for stealing her idea. “I’m proud of the work I do and it’s flattering when other artists feel inspired by it, to the extent that they choose to try it on themselves,” she wrote on one photo of her stage. “But don’t steal—not from women or anyone else—not in 2018 or ever.”

The designer of Lorde’s glass box, Es Devlin, worked with Kanye prior to Lorde and designed stages for his tours including 2008’s “Glow in the Dark Tour,” 2011’s “Watch the Throne Tour,” and 2013’s “The Yeezus Tour.”