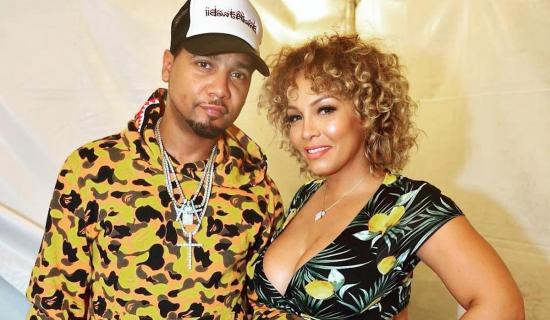 Congratulations are in order for Juelz Santana and Kimbella. The Harlem rapper proposed to his longtime girlfriend in front of friends and fans during The Diplomats show at the Apollo Theater on Friday night (Nov. 23).

“This my lady. She’s been rocking with me for a long, long time,” Santana told the crowd. “She stuck it out with a ni**a through the ups and downs. I love you, baby. You’re my queen and I want to do this in front of everybody right here.”

While his fellow Dipset members Cam’ron, Jim Jones, and Freekey Zekey looked on, Santana got down on one knee and placed the diamond engagement ring on his new fiancée’s finger. They kissed while The Diplomats’ “My Love” played in the background.

The couple was so caught up in the moment that Santana didn’t realize he placed the ring on the wrong finger until Jim Jones informed him.

Following their engagement, Kimbella showed off the massive rock on Instagram. “Good night, literally, What a night to remember! ‍♀,” she captioned the pic.

The couple has been together for nearly a decade. They have two children together, son Juelz and daughter Bella.

The proposal comes just days after Santana and the rest of the Diplomats reunited to release their first full-length album in 14 years, Diplomatic Ties.