Fungi Is Rising To The Top With His Magical Freestyle Rap 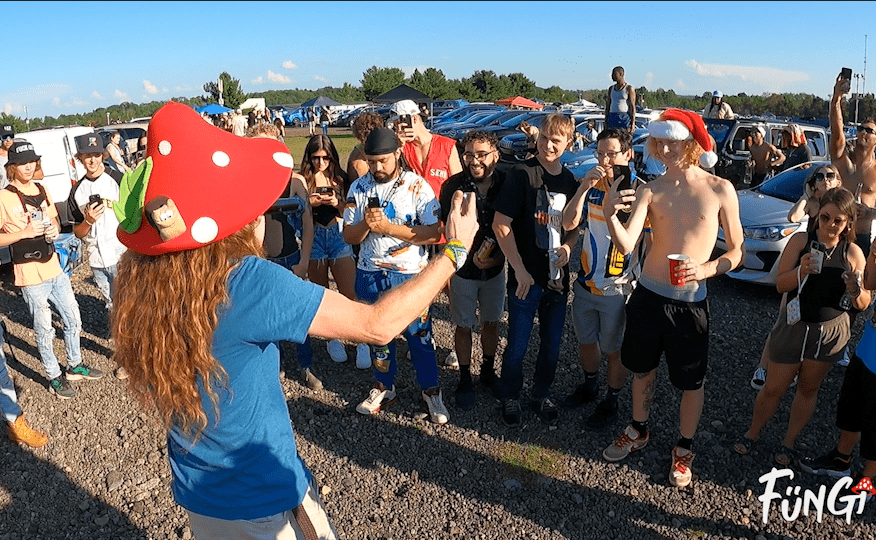 Choosing a profession as an artist is a challenging decision to make. It calls for a significant amount of perseverance as well as patience. Musicians make a vast range of music in a number of rhythm genres using their own unique rhythmic patterns. Fungi is one of those exceptional musicians who write songs with so much feeling and emotion that it is practically assured that they will achieve widespread notoriety. His songs, which have been highly welcomed on a number of music streaming sites, are evidence of the depth of his enthusiasm for the musical art form. His songs bore testimony to the depth of his heart.

Fungi is a mind-bogglingly skilled freestyle rapper, who is known for the giant amanita mushroom that he wears on his head. After honing his skills over the course of 20 years of practice, he is now able to put his faith in his spirit to generate rhymes on the spot that he doesn’t even have to think about coming up with. While he was simultaneously honing his rhyming skills and working on his spiritual practice, he discovered how to incorporate faith into his word magic. This gave him the ability to call upon shamanic abilities whenever he is ‘in the zone’, secure in the knowing that the ideal rhyme would be transmitted through him simply by believing that it would happen.

Fungi is now regarded as one of the most talented topic freestyle rappers in the world. He perfected the abilities required to take any string of random words and produce a very coherent and mind-blowing rap out of it by traveling the world with a sign that reads ‘I Rap, You Pick A Topic.’ He does not necessarily think of himself as a musician; rather, he feels that the producers of the beats that he raps over are more appropriately referred to be musicians. He refers to himself as a “freestyle magician” or a “verbal magician.” He has a way with words that is quite magical, however, there will come a time when he will probably choose to learn other instruments and expand musically. Until that time comes, he will continue to have the conviction that the degree of mastery that can be achieved with rap is endless, and the more work that he puts in, the closer he will get to ‘God level.’

Hear his music on-