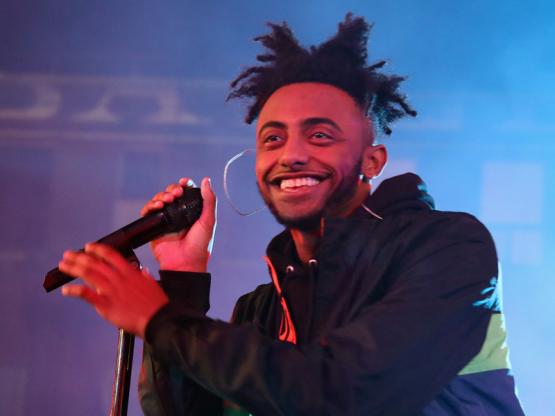 Amine OnePointFive Album – 13 new songs from Amine, featuring G Herbo, Gunna & Rico Nasty. Amine has been relatively quiet for the better half of 2018. In fact, the only time the Oregon rapper impacted our site this year was back in April when he released the song “Campfire,” but thankfully that drought comes to an end here today.

After a slight warning earlier on Tuesday, Amine decides to come through today and share his new LPEPMixtapeAlbum project called OnePointFive. The follow up to last year’s debut album GoodForYou contains 13 tracks in total and features guest appearances G Herbo, Rico Nasty and Gunna, the latter of which who appears on the song “Hiccup.”

Meanwhile production is handled by the likes of Pasque, Charlie Brown, Tee Watt, Amine himself, LDBG Beats & more. Available now on iTunes, fans can Stream the project in its entirety via Apple Music or Spotify. Hit play and let us know what you think.