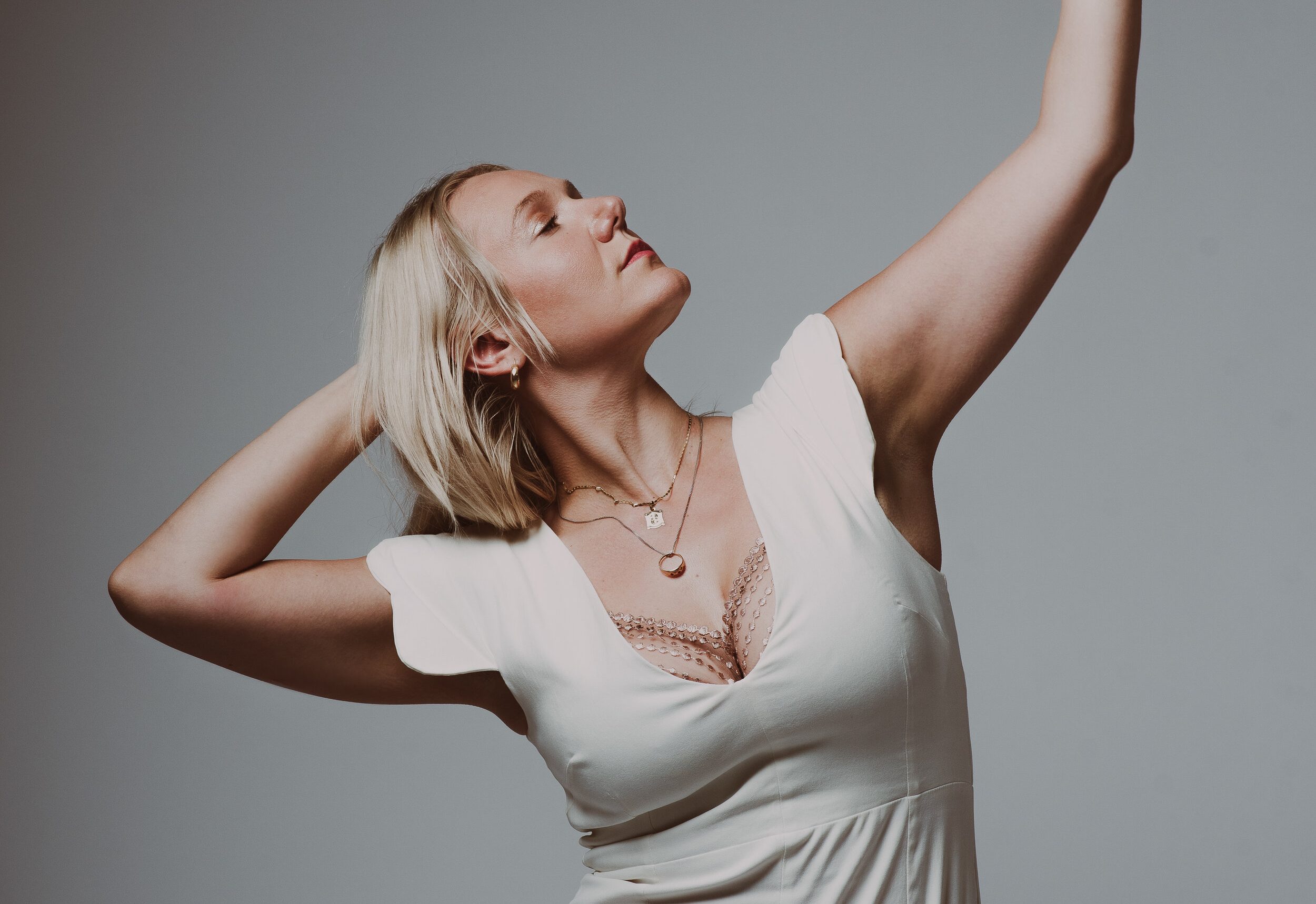 CHICAGO, IL (September 3, 2021) – Crystal Drake – soul-pop singer whose earthy vocals have been described as “refined” and “emotionally charged” – is releasing her album Sirens on September 3rd. A ten-track pop album inspired by the seventeenth-century Venetian all-female music ensemble of virtuosic orphans named the Figlie Del Coro “Daughters of the Choir”, Sirens is a celebration of power in feminine identity and of embracing the realities of being watched as we age into competence. “It is a lighthearted spin on owning the beautiful but sometimes bitter realities of being feminine in our culture,” says Drake.

Obsessing about the clothing, veneer, and attitudes we choose to wear (or not) in our daily lives, Drake started writing songs about the metaphorical veils through which we are perceived. It was during this time she learned about the virtuosic Figlie Del Coro who performed for large crowds veiled behind grates. “These talented muses to composers like Vivaldi were shielded from the viewership to “protect their sanctity” but also to make the listening experience more pleasurable, distanced, and other-worldly for the audience. It was more lucrative for patrons not to see that some of the women were differently-abled or, as perceived at the time, playing inelegant and unfeminine instruments like bassoon or cello,” says Drake. Visitors from around the globe projected their own opinions on these performers, referring to them at once as angels and messengers of God or “sirens”. Instead of being uncomfortable with this history, Drake chose to celebrate these women and to write about what modern women, especially musicians, can learn from them.

Sonically the inspirations for Sirens washes of watercolor, evolving out of the hard edges of Drake’s last album and inviting you into a warmer, rounder, softer musical world. Starting with the track “Upstream”, Drake enters into a hopeful but carefully-paced plea for divine help in the form of an imaginary (or perceived) friend upstream. The song is enveloped in watery synths and anchored by a cautious, detuned piano, admitting the fragility of asking for a lending hand. Later in the album, listeners are greeted by the title track – a call to female-identifying artists to take up space with their work and to move forward boldly and rebelliously so their voices and stories can be heard. Lamenting over the lost history of the Figlie del Coro, Drake imagines how angry they’d be if they knew their history and talents were lost to antiquity and channeled that into the lilting, irreverent vocal with its surrounding, haunting production. Drake touches on several other topics through the other tracks in the album, several of which are based on the Figlie del Coro. Covering everything from policing women’s looks, cultural fear of overt sexuality, embracing both the ambitious and joyously restful parts of ourselves, realities and societal pressures of women’s aging, and new beginnings, Drake leaves no stone unturned as she explores the nuances of femininity – both historically and in modern times. Her powerfully earnest singing borrows from gospel and soul traditions with songwriting that is thoughtful, grounded, and moving – nudging us to feel and remember that we are divine.

Drake identifies as a female Chicagoan born into a Catholic, Eastern-European family. Influenced by her mom, who is also a singer, Drake was singing on stages by the age of six and recording in the studio by age 12. “Religious, ethereal and ritualistic themes run through all my songs both lyrically and melodically.” A continuing theme in Drake’s music is the intersection of mortality and divinity in the human experience. She feels she serves as an authority of bridging those worlds for her audience, leaving a sad, dense residue to her music. Drake is working on implementing a lighter resonance to her sound.

Crystal Drake is a soul pop singer whose earthy vocals have been described as “refined” and “emotionally charged.” Her powerfully earnest singing borrows from gospel and soul traditions. Crystal’s songwriting is thoughtful, grounded and moving. “We all need a little push to believe, to appreciate, to listen and to love.” Her soulful voice nudges us to feel and remember that we are divine.

Connect with Crystal Drake on social media for updates on new music, videos, and more; @crystaljdrake