Andreas boasts over half a million Spotify listeners with several of his singles charting over 10 million streams. 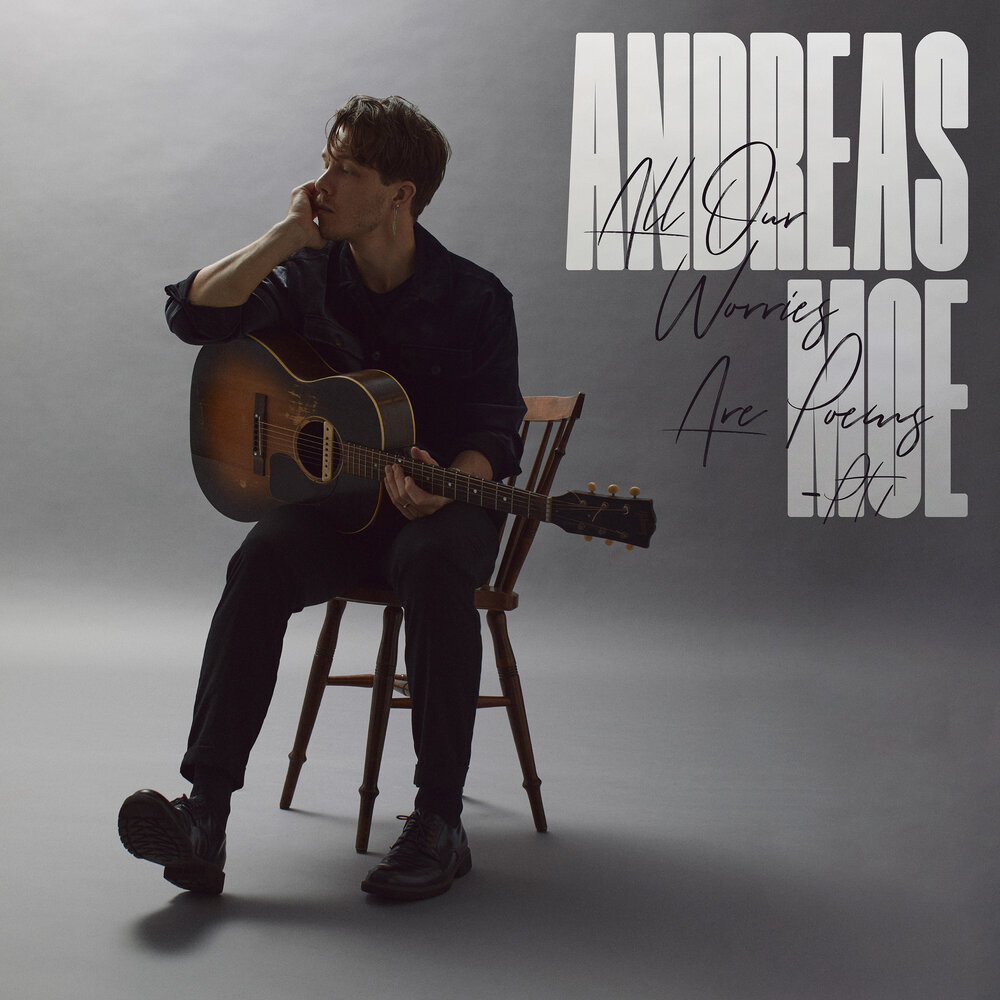 Critically acclaimed Swedish artist Andreas Moe released his highly anticipated EP All Our Worries Are Poems – Pt.1 on May 28th. Released via Cosmos Music, the EP is an uplifting collection of guitar-pop musings written during troubled times. It features brand new songs including the delicate heartfelt acoustic track “Rise & Fall” and the inspiring anthem “Wholeheartedly”, which finds Moe casting away worries with a huge emotive vocal surrounded by rich bluesy Americana guitar.

The EP also features previously released singles including the liberating soaring pop track “Holding On” and the bright feel-good “Hey Lulu” – both of which were teasers for fans over the past few months and have been praised by top industry tastemakers including American Songwriter and Top Shelf Music Mag.

All Our Worries Are Poems – Pt. 1 is a deeply personal reflection of Andreas Moe over the past year as his genuine and sincere songwriting shine through with inescapable warm and glorious tones. Moe’s home-recorded and self-produced collection of songs came to fruition during isolation from the COVID-19 pandemic, which Moe says is some of his most genuine work yet. “I’m so excited to be able to release these new songs that were all born in the middle of a pandemic. I’ve always felt proud and connected to the music I put out because each song has its own story and journey, but I have to say, never before have I released music that I so genuinely feel reflects who I am and want to be as an artist,” says Moe.

As a five-time Platinum-certified songwriter, Moe has worked with artists around the world such as Avicii, John De Sohn, Tiesto, Cheat Codes, Omi & Sabrina Carpenter. Having opened for artists like Gabrielle Aplin, Kodaline and for John Mayer during The Search For Everything Tour performing at the famed O2 Arena in London and the Stockholm Globe Arena, Moe is an experienced performer – garnering millions of fans worldwide. In December 2019, Andreas Moe was invited to perform at the Avicii tribute concert in Stockholm alongside international stars including Rita Ora, David Guetta & Kygo in front of a 60,000 strong audience.

Connect with Andreas Moe on social media for updates on new music, videos, and more; @andreasmoe