Another Florida gator ready for the water!

Florida’s music scene has brought so many amazing artists from the passionate underground to the mainstream; Artists like Teddy Riley, T-Pain, Trick Daddy, Pitbull, Kodak Black, and even more recently With the rise of Florida drill music artists like foolio and yungeenace now we have a new name to add to that list Alpha God!

Hailing from Palm Beach County, Florida & Born Mark Gaines Alpha God is the newest face on Florida’s rap scene and is ready to put the entire west palm beach on his back. He started making music at the young of 13 while also pursuing certification for accounting and money management all while in a combination of high school and Job corps. He did his best to stay away from the streets as bat he could but as is often the case the siren’s call of the gangster life can sometimes be too tempting to ignore. For a long portion of his young adult life he would get into trouble with the law, rival gangs in the area, and eventually it would catch up in the form of allegations of murder when in 2016.

He was able to avoid conviction and soon after decided that his life is more than just running the streets and catching charges; he picked up his pen and made the vow to take his music career serious. It took a few years and a few tweaks but he finally started garnering attention from the industry via a viral post on florida’s Vereen Tv social media platform for his single, “Jwett steppin” released October 31 2021 & is currently going viral on TikTok and Instagram’s “reels” platform. This coupled with his recent partnership with marketing expert Dashaun “448 Suge” Lipscomb and his 448 Worldwide marketing company it’s looking to be a great and prosperous year for the Alpha. 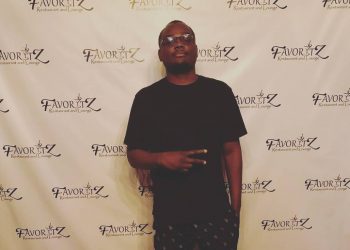